Eleazor Holmes Ellis was born on August 26, 1826 in Preble, Wisconsin. His father was the founder of the Green Bay Intelligencer. In 1850, Ellis married Harriet Sovina Gilbert. They had two children before she died in 1854. Ellis married Eliza D. Chappel in 1858. They had seven children before her death in 1878. In 1881, he married Ruth K. Gillette. Ellis died from old age in 1906.

Ellis studied law under Henry S. Baird and became a lawyer, practicing law in Manitowoc, Wisconsin. After moving to Green Bay, Ellis served as a Wisconsin Circuit Court Judge from 1872 to 1879. He was an unsuccessful candidate for the Wisconsin Supreme Court in 1866 and 1891. Ellis served as Mayor in 1860. Later, he was Postmaster of Green Bay from 1896 to 1900 and Register of Deeds of Brown County, Wisconsin. 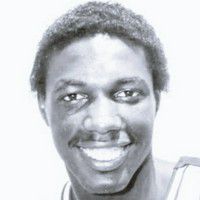