During the 2012–13 season, Larkin skated for USA Hockey's U17 team in his first season with the USA Hockey National Team Development Program in Ann Arbor. In 55 games he scored 13 goals and 14 assists. Larkin recorded one goal and one assist in four games at the 2012 Four Nations Tournament in Switzerland as the USA finished in first place. Larkin recorded three goals in four games for the third-place USA squad at the 2013 U17 Five Nations Tournament in Finland.

During the 2013–14 season, Larkin returned to skate for the NTDP's U18 team in his second season in Ann Arbor, where he finished second on the NTDP U18 team with 31 goals and fourth with 56 points in 60 games. Larkin was selected to participate in the 2013 CCM/USA Hockey All-American Prospects Game on September 26, 2013. Larkin finished the AAPG with a goal and an assist.

Larkin was ranked 17th by the NHL Central Scouting Bureau on their final list of the top draft-eligible North American skaters leading into the 2014 NHL Draft. Larkin was drafted 15th overall by Detroit Red Wings in the 2014 NHL Entry Draft.

Dylan Larkin playing for Michigan in 2014

Larkin began his collegiate career for the Michigan Wolverines during the 2014–15 season. Larkin was named the Hockey Commissioners' Association National Rookie of the Month for January. Larkin led all college hockey freshmen with 14 points (seven goals and seven assists) in six games, and was number two overall in the nation, second to teammate Zach Hyman, with an average of 2.33 points per game during the month of January. Larkin recorded a point in every game during the month and had an eight-game point streak (eight goals and 10 assists) overall. Larkin's overall points-per-game average (1.43 points per game) is the second best in the last 60 years among Michigan freshmen, behind only Bruno Baseotto's 2.0 points per game in 1979–80. On January 16, 2015, Larkin recorded a career-best five-point night (two goals and three assists) in a 10–6 win at Ohio State, and became the first Michigan freshman to record five points in a game since October 18, 1997, when Mike Van Ryn had five assists in a 6–4 win against Colgate.

On February 24, 2015, Larkin was named the Big Ten First Star of the Week. On February 20, Larkin recorded a goal and an assist and 12 shots on goal, the most shots in a game by a Michigan player since Jeff Tambellini recorded 13 shots against Quinnipiac on October 18, 2003. On February 22, Larkin recorded a goal and three assists in a 5–2 win against Ohio State. Larkin leads all Big Ten freshmen with 43 points (15 goals and 28 assists), becoming the first Michigan freshman to reach 40 points since Aaron Palushaj during the 2007–08 season. Larkin was number three in the nation in freshman scoring, number five in the nation with an average of 0.91 assists per game, and number six in the nation with a scoring average of 1.34 points per game. Larkin led all freshmen with an average of 4.41 shots a game. Following an outstanding rookie season with the Wolverines, Larkin was selected as the Big Ten's 2014–15 Freshman of the Year. He was also named to both the 2014–15 Big Ten All-Freshman Team and the All-Big Ten First Team and named an AHCA Second Team All-American.

During the quarterfinals of the 2015 Big Ten Men's Ice Hockey Tournament, Larkin recorded one goal and three assists, to break a single-game Big Ten Tournament point record. This record was surpassed the following year when J. T. Compher recorded five assists in a single game.

On May 21, 2015, it was announced that Larkin signed a three-year, entry-level contract with the Detroit Red Wings, forgoing his final three seasons of eligibility at the University of Michigan. He was assigned to the Red Wings' AHL affiliate, the Grand Rapids Griffins, after signing an amateur tryout.

Larkin made his debut for the Grand Rapids Griffins on May 24, 2015, during game one of the Western Conference finals against the Utica Comets. On May 25, in his second game with the Griffins, Larkin scored his first professional goal against Jacob Markström.

On October 5, 2015, Larkin made the Red Wings' final roster for the 2015–16 season, becoming the first 19-year-old to debut on opening night since Mike Sillinger in 1990–91. In his NHL debut, on October 9, 2015, Larkin recorded his first career NHL point, an assist in the first period, and his first NHL goal in the second period against Jonathan Bernier of the Toronto Maple Leafs. He became the first Red Wings teenager to score in his first NHL game since Steve Yzerman in 1983. On November 21, Larkin scored a goal for the fourth consecutive game, becoming the first Red Wings teenager to do so since Steve Yzerman in 1984–85. Larkin was named the NHL Rookie of the Month for November 2015. He led all rookies with seven goals in 13 games in November. He leads all rookies with 10 goals, and a +14 plus/minus rating. He shares first with three game-winning goals, and ranks third with 18 points and 64 shots on goal in 24 games this season.

On March 24, 2016, in a game against the Montreal Canadiens, Larkin recorded his 200th shot of the season, becoming just the fifth Red Wings rookie to do so, following Marcel Dionne, Sergei Fedorov, Reed Larson and Dale McCourt.

During his rookie season, Larkin recorded 23 goals and 22 assists in 80 games. Larkin became the sixth rookie in franchise history to lead the team in goals and the first since Mike Foligno led the team with 36 in the 1979–80 season. He also led the Red Wings with a +11 plus/minus rating, 221 shots on goal, and five game-winning goals. Following an outstanding rookie season, Larkin was named the Red Wings Rookie of the Year by the Detroit Sports Broadcasters Association. He finished among the league's rookie leaders with 23 goals (T3rd), 22 assists (11th), 45 points (6th), a plus-11 rating (T5th), five game-winning goals (T2nd), 221 shots on goal (2nd) and 16:32 average time on ice (5th among forwards). Larkin was named the 2016 Detroit Red Wings Rookie of the Year by members of the Detroit Sports Broadcasters Association.

Larkin represented the United States at the 2013 World U-17 Hockey Challenge, where he won a bronze medal. Larkin was the third-leading scorer for the United States, recording two goals and five assists in six games.

Larkin represented the United States at the 2014 IIHF World U18 Championships, where he was an assistant captain, and won a gold medal. Larkin recorded two goals and two assists in six games.

Larkin represented the United States at the 2015 World Junior Ice Hockey Championships, where he was the team's leading scorer, and was tied for tournament lead with five goals in five games. He was named one of Team USA's top three players of the tournament.

Larkin represented the United States at the 2015 IIHF World Championship, where he recorded one assist in ten games, and won a bronze medal. He was a mainstay on the team's penalty killing unit. 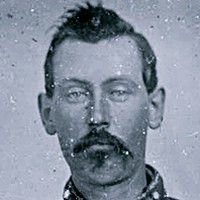 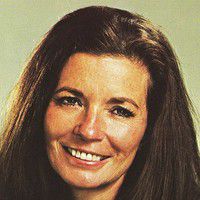 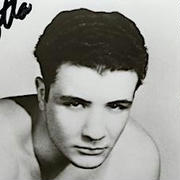