Dylan Barbour (born June 16, 1994) is an American television personality and entrepreneur. He received national recognition after appearing as a contestant on season 15 of The Bachelorette before he was eliminated during week 6 by Hannah Brown. After being eliminated from The Bachelorette, he began appearing on season 6 of Bachelor in Paradise, where he instantly began to pursue Hannah Godwin. The two dated throughout the show, ultimately getting engaged during the season finale.

Barbour is originally from San Diego, California. He graduated from Williams College, where he earned a bachelor's degree in English. As an Eph, Dylan pursued his deep passion for exercise as part of the track and football team. As a backup safety, he almost managed to accrue double digit solo tackles during his career. He is also a tech entrepreneur and co-founder of the fitness app Vizer, a mobile fitness app. 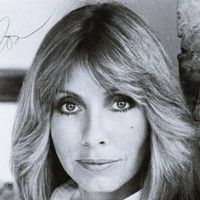