Dutty Boukman (Also known as "Boukman Dutty") (died 7 November 1791) was an early leader of the Haitian Revolution. Originally born in Senegambia (present-day Senegal and Gambia), he was captured, enslaved and transported to Jamaica. He eventually ended up in Haiti, where he became a leader of the Maroons and a vodou hougan (priest).

According to some contemporary accounts, Boukman, alongside Cécile Fatiman, a Vodou mambo, presided over the religious ceremony at Bois Caïman, in August 1791, that served as the catalyst to the 1791 slave revolt which is usually considered the beginning of the Haitian Revolution.

Boukman was a key leader of the slave revolt in the Le Cap‑Français region in the north of the colony. He was killed by the French planters and colonial troops on 7 November 1791, just a few months after the beginning of the uprising. The French then publicly displayed Boukman's head in an attempt to dispel the aura of invincibility that Boukman had cultivated. The fact that French authorities had to do this illustrates the impact Boukman made on the views of Haitian people during this time.

Dutty Boukman was born in the region of Senegambia (present-day Senegal and Gambia), where he was a Muslim cleric. He was captured in Senegambia, and transported as a slave to the Caribbean, first to the island of Jamaica, then Saint-Domingue, and then Haiti, where he became a Haitian Vodou houngan priest. After he attempted to teach other slaves how to read, he was sold to a French plantation owner and placed as a commandeur (slave driver) and, later, a coach driver. His French name came from his English nickname, "Book Man," which some scholars have interpreted as having Islamic origins, since in many Muslim regions the term "man of the book" is a synonym for an adherent of the Islamic faith. According to historians Sylviane Anna Diouf and Sylviane Kamara, Boukman "was a Jamaican Muslim who had a Quran, and that he got his nickname from this." Laurent Dubois argues that Boukman may have practiced a syncretic blend of traditional African religion and a form of Abrahamic religion. Boukman was killed by the French in November 1791.

Ceremony at the Bois Caïman

According to some contemporaneous accounts, on or about 14 August 1791 Boukman presided over a ceremony at the Bois Caïman in the role of houngan (priest) together with priestess Cécile Fatiman. Boukman prophesied that the slaves Jean François, Biassou, and Jeannot would be leaders of a resistance movement and revolt that would free the slaves of Saint-Domingue. An animal was sacrificed, an oath was taken, and Boukman and the priestess exhorted the listeners to take revenge against their French oppressors and cast aside the image of the God of the oppressors." He gave the following speech:

The Good Lord who created the sun which gives us light from above, who rouses the sea and makes the thunder roar–listen well, all of you–this god, hidden in the clouds, watches us. He sees all that the white people do. The god of the white people demands from them crimes; our god asks for good deeds. But this god who is so good demands vengeance! He will direct our hands; he will aid us. Throw away the image of the god of the whites who thirsts for our tears, and listen to the voice of liberty which speaks in the hearts of all of us.

According to Gothenburg University researcher Markel Thylefors, "The event of the Bois Caïman ceremony forms an important part of Haitian national identity as it relates to the very genesis of Haiti." This ceremony came to be characterized by various Christian sources as a "pact with the devil" that began the Haitian Revolution.

According to the Encyclopedia of African Religion, "Blood from the animal was given in a drink to the attendees to seal their fates in loyalty to the cause of liberation of Saint-Domingue." A week later, 1800 plantations had been destroyed and 1000 slaveholders killed. Boukman was not the first to attempt a slave uprising in Saint-Domingue, as he was preceded by others, such as Padrejean in 1676, and François Mackandal in 1757. However, his large size, warrior-like appearance, and fearsome temper made him an effective leader and helped spark the Haitian Revolution.

Legacy and references in popular culture 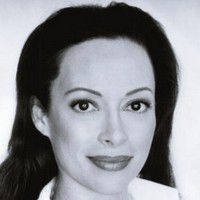 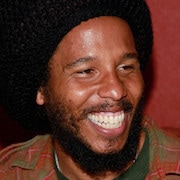 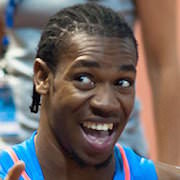 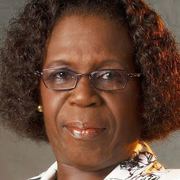