Đuro Đaković (30 November 1886 in Slavonski Brod – 25 April 1929) was a Yugoslav metal worker, communist and revolutionary. Đaković was the organizational secretary of the Central Committee of the Communist Party of Yugoslavia, from April 1928 to April 1929 and one of the most prominent fighters of the working class of Yugoslavia.

Born in the village of Brodski Varoš near Slavonski Brod, in Austria-Hungary's Kingdom of Croatia-Slavonia, at the age of 18 in search of a job as a metal worker he moved to Sarajevo. There, in November 1905 he joined the newly-formed Radical Movement union, and took part in several strikes in the following years. His son Stjepan was born in Sarajevo in 1912; a communist and a partisan, Stjepan Đaković would be killed by the ustashas in 1942.

At a gathering in the suburbs of Sarajevo, in early 1915, he raised his voice against the war, for which he was arrested and brought before a military court, which condemned him to death. He was later transferred to the jurisdiction of the civil court, who pardoned him and sentenced him to forced labor.

After the war, Đuro Đaković's revolutionary activity began. At the end of February, he organised a general strike of the disadvantaged workers' class attended by 30,000 workers. He was committed to making the right to vote for women and all persons who have reached the age of 20 and who lived in Sarajevo for more than six months.

Đaković took part in the Unification Congress in which the Socialist Workers' Party of Yugoslavia was created, and due to participation in the preparation and holding of the May 1st celebration in Sarajevo, he was arrested and spent several months in custody. At the beginning of the 1920s, he began with active political work. He was elected to the parliamentary elections for the People's Assembly of the Constitutional Assembly of the Kingdom of the Serbs, Croats and Slovenes. In June 1921 he travelled to Moscow as a delegate at the Third Congress of Comintern, and after returning to Yugoslavia he was again arrested and sentenced to ten months in prison for communist and unionist activities.

Đaković continued with the revolutionary work, and after several more arrests in 1923, he was expelled from Sarajevo to his homeland. In 1927, he enrolled at Moscow's International Leninist School and stayed there until 1928. Under the pseudonym of Bosnić he returned to Yugoslavia and worked on setting up party organizations.

Đaković actively opposed the January 6 Dictatorship of King Alexander I. Due to this, he was arrested in Zagreb together with Nikola Hećimovic, secretary of the Red Assistance. They were executed on the Yugoslav-Austrian border on April 25, 1929. In an exaggerated attempt to escape responsibility, authorities have tried to conceal the murder. After exhumation, it was found that the victims were fired at a small distance, which proved to be a murder.

Đaković's name was given in Summer 1937 to one of the battalions of the 129th International Brigade of the Spanish Republican Army.

In 1942, in Belgium a military resistance movement unit made up of Yugoslav immigrants, mostly miners, originating from the Dalmatian border and the surrounding area of Imotski, also took his name.

In his birthplace Slavonski Brod, the wagon factory where Đaković once worked was named after him in 1947. The company is still known as Đuro Đaković Grupa d.d..

In Sarajevo, Alipašina street was named after him from 1945 to the 1990s. His name was also given to the Bosnian Cultural Center(Bosanski kulturni centar), the main cinema hall in post-war Sarajevo. A memorial park with a statue was built nearby Alipašina in 1973, on a project by Ljubomir Denković, professor at the Academy of Art in Novi Sad, in a style that art historian and museum advisor Miloš Arsić called sculptures of natural vitalism. The memorial park/square was renamed in 2017 to the 1st Corpus of the RBiH Army.

A street in Ljubljana was also renamed after him, Đaković Street (Slovene: Djakovićeva cesta), but the original name Litostroj Street (Litostrojska cesta) was restored in 1993.

In Belgrade, the street once named after him was later re-dedicated to George Clemenceau.

The contents of this page are sourced from Wikipedia article on 13 Apr 2020. The contents are available under the CC BY-SA 4.0 license.
comments so far.
Comments
From our partners
Sponsored
Reference sources
References
https://www.radiosarajevo.ba/vijesti/lokalne-teme/ciji-spomenik-krasi-park-u-centru-sarajeva-ko-je-bio-duro-dakovic/300236
http://www.croatia.org/crown/articles/9078/2/ETHNIC-CROATIANS-KILLED-BY-NAZI-AND-FASCIST-FORCES---Introduction
https://journals.openedition.org/ceb/761
http://www.uradni-list.si/1/content?id=65400
http://isni.org/isni/0000000027217358
https://id.loc.gov/authorities/names/n87131470
https://viaf.org/viaf/55661013
https://www.worldcat.org/identities/lccn-n87131470 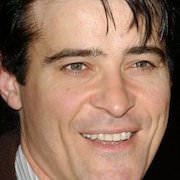