Duke Charles Louis Frederick of Mecklenburg, Prince of Mirow (German: Herzog Carl Ludwig Friedrich zu Mecklenburg, Prinz von Mirow; 23 February 1708 – 5 June 1752) was a member of the House of Mecklenburg-Strelitz and the father of Queen Charlotte of the United Kingdom and Queen of Hanover.

Charles was born in Strelitz, the only son of the reigning Duke of Mecklenburg-Strelitz, Adolphus Frederick II, and his third wife, Princess Christiane Emilie of Schwarzburg-Sondershausen. His father died when he was only three months old. His half-brother succeeded Charles's father as Adolphus Frederick III, Duke of Mecklenburg-Strelitz. He inherited from his father the commandries of Mirow and Nemerow. After the death of his father he lived in Mirow with his mother. He later attended the University of Greifswald in Pomerania.

Charles, who played the transverse flute, set off in 1726 on a European tour to learn more about music. After visiting Geneva, Italy and France he went to Vienna and briefly entered the service of the Holy Roman Emperor as a Lieutenant Colonel before returning to Mirow.

After leaving the Army, Charles lived with his family in the castle of Mirow, spending most of his time managing his estates and attending to the education of his children. He lived at Mirow until his death there at the age of 44.

They had ten children, of whom six survived to adulthood:

Through his daughter Charlotte, Charles Louis Frederick is the ancestor of every British monarch beginning with George IV, who ascended the throne of the United Kingdom in 1820. 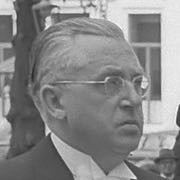