Duke Adam of Württemberg
The basics

Adam Karl Wilhelm Nikolaus Paul Eugen von Württemberg (16 January 1792 – 26 July 1847) was a Duke of Württemberg and General in Russian and Polish-Russian service.
Württemberg was born in Puławy to Duke Louis of Württemberg (1756–1817) and Maria Anna Czartoryska (1768–1854). After his parents divorced in 1793 he was raised by his father and, as a nephew of Empress consort Maria Feodorovna, he was one of the playfellows of the later Tsar Nicholas I of Russia and soon joined the Tsarist Russian Army.
Throughout the Polish November Uprising of 1830 he commanded the Russian avantguard troops of General Cyprian Kreutz and was defeated on 19 February 1831 by the Polish forces of General Józef Dwernicki prior to the Battle of Olszynka Grochowska.
Württemberg became a Lieutenant General and adjutant of Tsar Nicholas I; after his dismissal he returned to Germany where he died in Langenschwalbach. 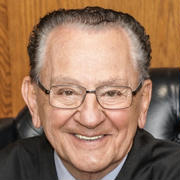