Dudu Georgescu (born 1 September 1950) is a retired Romanian footballer who played as a forward and a former coach.

Best known for his Dinamo Bucharest spell, which consisted of 10 Divizia A seasons and over 300 official games, he was known for his stellar heading ability and is widely regarded as one of the best strikers in the history of Romanian football.

Georgescu began his professional career at Progresul Bucureşti. He holds the record for the most goals in Romania's Divizia A with 252 goals, as well as Dinamo Bucureşti's club goalscoring record, with 207.

The contents of this page are sourced from Wikipedia article on 08 Mar 2020. The contents are available under the CC BY-SA 4.0 license.
View Dudu Georgescu 's image gallery
Image Gallery 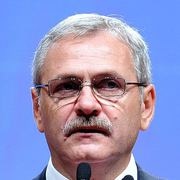