Duchess Charlotte Frederica of Mecklenburg-Schwerin (4 December 1784 – 13 July 1840), was the first wife of King Christian VIII from 1806 until 1810, before he became King of Denmark. She was a daughter of Frederick Francis I, Grand Duke of Mecklenburg-Schwerin, and Princess Louise of Saxe-Gotha-Altenburg, the seventh of the couple's surviving children born at Ludwigslust's court. Charlotte Frederica painted by Lisiewski during childhood as a Mecklenburgish duchess

On a visit to Mecklenburg Prince Christian Frederik of Denmark stayed at his uncle's court in Schwerin where he fell in love with his cousin, Duchess Charlotte, and two years later he married her. The young couple took residence first at Amalienborg royal complex, and partly at Sorgenfri, but married life was unhappy. Charlotte's character was thought to be capricious and frivolous. In 1808, she gave birth to her husband's only surviving son, the future King Frederick VII of Denmark.

Charlotte Frederica's alleged affair with her singing teacher, Swiss-born singer and composer Édouard Du Puy, led on to her removal from the court. For this reason, her husband divorced her in 1810, sent her into internal exile in Horsens, and prohibited her from seeing her son again.

After her divorce, Charlotte Frederica spent the next years of her life in a palace in Horsens, in Jutland and partly in Aarhus, where she cultivated social circles among the local bourgeoisie and had affairs with officers. In 1829 she moved from Denmark to Karlsbad under the name "Mrs. von Gothen." In 1830 she traveled to Italy, finally settling in Rome and later converted to the Catholic faith. Charlotte Frederica died in Rome in 1840. Her death was no doubt a relief to the court in Copenhagen as she dreamed of someday returning as the King's mother. Frederik VII, who was only one year old when she had to leave him, showed great reverence towards the memory of his late mother: he collected portraits of her in his rooms at Jægerspris Castle, and when he visited Horsens on Sept. 1857 he officially thanked the city "for the love and kindness that was shown to her." 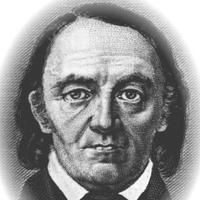