Duane R. Roberts is an entrepreneur and philanthropist in Southern California.

He is the owner, Chairman, and CEO of The Mission Inn Hotel & Spa, the historic landmark hotel in downtown Riverside, California, and the Entrepreneurial Corporate Group. In his teens, he developed the first commercially available frozen burrito.

As a teenager, Roberts started working in sales at Butcher Boy Food Products, a wholesale meat distributor that his father started in 1950. While working there, Roberts developed the first commercially available frozen burrito at the age of 19. When Roberts became president of Butcher Boy in 1964 at the age of 27, the company was producing 7,200 frozen burritos a day. By the time he sold the business in 1980 to a large New York Stock Exchange-listed company, Butcher Boy "was producing more than a million burritos a day and had grown from 60 employees to more than 1,400, and from one plant to six, and had 65 percent of the market in frozen Mexican food."

Rather than retire, Roberts developed new ventures and created the Entrepreneurial Corporate Group (ECG) as the umbrella organization for his diverse business and investment portfolio. ECG's holdings include "over 13,000 apartment units and other real estate properties, private capital investment companies, and three food manufacturing companies." The products made by his food manufacturers include "savory soups and dips for supermarkets such Trader Joe's."

In 1998, Roberts sold Fernando Foods Corporation of ECG to ConAgra Foods, Inc. Fernando's was then the second largest foodservice manufacturer of Mexican frozen food in the United States.

Roberts purchased the The Mission Inn on December 24, 1992 and opened its doors six days later, saving the historic landmark hotel in downtown Riverside, California from demolition. At the time he acquired the Mission Inn, the property had long been mismanaged and closed for the previous seven and a half years, giving it a reputation as a risky and imprudent investment. Today, the Mission Inn is considered a community and financial success.

Roberts says, "Of all my businesses, the Mission Inn is the most satisfying because I am able to directly contribute to the enjoyment of the community by providing the Inland Empire's only four-star landmark with [a] rich heritage."

Roberts is an owner of Irvine & Roberts Family Vineyards in Ashland, Oregon, which produces Pinot noir and Chardonnay wine.

Roberts is the founding Chairman of the Fox Riverside Theater Foundation Board of Directors.

Roberts has donated millions of dollars to Pepperdine University. He also Member of the Board of Trustees of the UC Riverside Foundation.

In Southern California, Roberts is a leading supporter of the Republican Party. President George W. Bush appointed him as a Member of the Board of Trustees of the John F. Kennedy Center for the Performing Arts. California Governor Pete Wilson also appointed him to the Commission of the Californias. 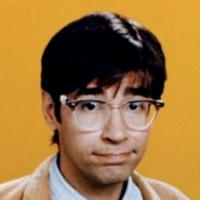 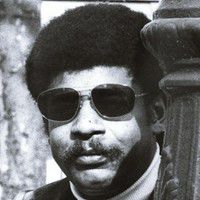 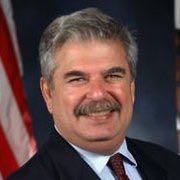