Dua Lipa (/ˈduːə ˈliːpə/; [ˈdua ˈlipa]; born 22 August 1995) is an English singer, songwriter and model. After working as a model, she signed with Warner Music Group in 2015 and released her eponymous debut album in 2017. The album reached number three on the UK Albums Chart, and yielded seven singles, including "Be the One" and "IDGAF", and the UK number-one single "New Rules", which also reached number six in the US. In 2018, Lipa won the Brit Awards for British Female Solo Artist and British Breakthrough Act.

Released in April 2018, the single "One Kiss", with Calvin Harris, reached number one in the UK, and became the longest running number one single for a female artist in 2018. It won her the 2019 Brit Award for Song of the Year. In 2019, she also received the Grammy Award for Best New Artist, and "Electricity", a duet with Silk City, won her the Grammy Award for Best Dance Recording. The success of the singles helped her self-titled album become one of the most-streamed albums on Spotify and achieve platinum certifications. In 2019, Lipa released "Don't Start Now", the lead single from her upcoming second studio album, Future Nostalgia, scheduled to be released in 2020.

Dua Lipa was born in Westminster, London, to Kosovo Albanian parents. Her father Dukagjin Lipa is a marketing manager who is also lead vocalist in a Kosovan rock band, Oda. Her mother Anesa Lipa (née Rexha) works in tourism. Her parents are originally from Kosovo but left Pristina in 1992. Her father Dukagjin is the son of historian Seit Lipa who was the head of the Kosovo Institute of History from 1990 to 1995. Lipa has a younger sister and a younger brother. She attended Sylvia Young Theatre School part-time before moving to Kosovo with her family in 2006 when her father had been offered a job. There she attended the Mileniumi i Tretë school in Pristina, and became a fan of hip hop artists, which would later influence her music style. Her first name means "love" in Albanian. Lipa explained "Now I'm proud of it. Now I am. But when I was growing up, all I wanted was to be called Hannah, Sarah, Ella… anything normal. Because with Dua you had to explain: I'm from Kosovo."

At the age of 14, Lipa began posting covers of her favourite songs by artists such as Pink and Nelly Furtado on YouTube. At the age of 15, she moved back to London with aspirations of becoming a singer. Lipa lived with a friend and studied at Parliament Hill School, returning to the Sylvia Young Theatre School on Saturdays. In order to earn money for music sessions, Lipa had different jobs, such as hostessing restaurants and nightclubs. She began working as a model for the online catalogue ASOS Marketplace when she was 16, with the goal of meeting people who could help her with her music career. However, she left after a manager told her to lose weight. In 2013, she starred in a television advertisement for The X Factor.

In 2013, Lipa signed a contract with Tap Management, directed by Ben Mawson and Ed Millett, while she worked as a waitress in a cocktail bar. They then offered her a monthly salary to leave her job and focus on recording music. At one of those recording sessions, Lipa co-wrote the song "Hotter than Hell", which would later help her to sign a record deal with Warner Music Group in the summer of 2015. Regarding this decision, Millett said in an interview, "Dua was really smart – she signed to Warner Bros partly because they didn't have a big female pop artist and they needed one. They really wanted her, so she had the focus of the team from day one." In August 2015, she released her first single "New Love", produced by Emile Haynie and Andrew Wyatt. She released her second single, "Be the One", in October 2015. It achieved success across Europe, reaching number one in Belgium, Poland and Slovakia, as well as charting within the top 10 in over eleven European territories. In Australia and New Zealand, the song became an airplay success, reaching numbers 6 and 20 respectively. In November 2015, she was revealed as one of the acts on the BBC Sound of... 2016 long list. Her first tour in the UK and Europe began in January 2016, and concluded in November 2016.

On 18 February 2016, Lipa released her third single "Last Dance", followed by "Hotter than Hell" on 6 May. The latter became a worldwide hit, especially in the UK, where it peaked at number 15. On 26 August, her fifth overall single "Blow Your Mind (Mwah)" was released, peaking at number 30 in the UK. It became the singer's first entry on the US Billboard Hot 100, debuting at number 72. The song also topped the Billboard Dance Club Songs chart and reached number 23 on the Billboard Mainstream Top 40 chart. Lipa was featured on Sean Paul's single "No Lie", released in November 2016, which reached number ten in the UK. The following month, a documentary about Lipa named See in Blue was commissioned by The Fader magazine. In January 2017, Lipa won the EBBA Public Choice Award, and released the single "Scared to Be Lonely", a collaboration with Martin Garrix, reaching number 14 in the UK. In May 2017, she performed at the anniversary of Indonesian television channel SCTV and was awarded as Young and Promising International Artist at the SCTV Music Awards.

Lipa's self-titled debut studio album was released on 2 June 2017. Its sixth single, "New Rules", released in the following month, became Lipa's first number one in the UK, and the first by a female solo artist to reach the top in the UK since Adele's "Hello" in 2015. Her best-selling single to date, the song also charted in the top ten of other territories, including number two in Australia, number six in the US, and number seven in Canada. Lipa performed at the Glastonbury Festival in June. The following month, Lipa performed at the We the Fest, an Indonesian music festival in Jakarta. She performed on BBC's Later... with Jools Holland in October. In December, Lipa was named the most streamed woman of 2017 in the UK by Spotify. She had four singles reach the UK top 10 in 2017, with "Be the One", "New Rules", "No Lie", and "Bridge over Troubled Water", a charity single for the families of the victims of the Grenfell Tower fire in London.

In January 2018, Lipa received nominations in five categories at the Brit Awards, more nominations than any other artist that year. She was nominated for MasterCard British Album of the Year for Dua Lipa, British Single of the Year and British Video of the Year for "New Rules", British Female Solo Artist, and British Breakthrough Act, winning the latter two. This was the first time that a female artist had received five nominations. She performed at the awards ceremony held on 21 February at the O2 Arena in London.

The singer collaborated with American DJ Whethan on the song "High" for the Fifty Shades Freed soundtrack, released in February 2018. She started working on new material for her second album in March 2018. On 6 April, Lipa and Calvin Harris released the single "One Kiss", which topped the UK Singles Chart on 20 April, making it Lipa's second number one in the chart; Lipa provided the vocals and is also credited as a writer. The single went on to become the biggest selling song in the UK of 2018 and topped the chart for eight consecutive weeks. She performed in the opening ceremony of the 2018 UEFA Champions League Final in Kiev on 26 May. It was reported that Lipa would be releasing collaborations with other artists coming out later in 2018, such as one with Mark Ronson and Diplo's newly-formed superduo Silk City. Ronson later confirmed the song's title would be "Electricity". The song was released on 9 September. Lipa was also featured in "If Only", a song from Italian singer Andrea Bocelli's sixteenth studio album Sì.

Lipa performed at F1 Singapore Grand Prix in September. In the same month, Lipa was chosen as the face of British car brand Jaguar's new electric car, I-PACE. The brand made a special remix of Lipa's song "Want To", and fans around the world can create their own version of Dua Lipa x Jaguar's song on the Join the Pace website, based on their own driving behaviour or the music they listen to, and share it on social media. Shortly after announcing the collaboration, Jaguar and Lipa set the world record for the "most remixed song ever". In October, the singer released Dua Lipa: The Complete Edition, an expanded version of her debut album that includes three new songs, including the aforementioned "Want To", and her previous collaborations with other artists. This included a collaboration with South Korean girl group Blackpink called "Kiss and Make Up".

In January 2019, Lipa released "Swan Song", part of the soundtrack of the 2019 film Alita: Battle Angel. In the same month, Lipa stated that she had been spending the past year in the writing process for an upcoming second studio album. Whilst discussing the sound of the album, Lipa commented that it would be a "nostalgic" pop record that "feels like a dancercise class". In August 2019, Lipa partnered with brand Yves Saint Laurent to become the face of their fragrance Libre. Following the release of lead single "Don't Start Now", Lipa's second album Future Nostalgia and its accompanying arena tour were announced in December, alongside the release of "Future Nostalgia", the first promotional single. "Don't Start Now" peaked in the UK at number two and became Lipa's second top 10 on the US Billboard Hot 100. Lipa's third single leading up to the release of the album "Future Nostalgia" was "Physical”. The song was released on 30 January 2020 and was followed by the release of the song's energetic music video on 31 January 2020. "Physical" debuted on the US Billboard Hot 100 at number 60. The week of 29 February 2020, "Don’t Start Now" reached number 1 on the US Billboard Pop Songs Chart, the song was still at number 1 the week of 4 March 2020.

Dua Lipa's music is primarily pop. Lipa describes her musical style as "dark pop". Her music has also been described as dark pop, dance-pop, synth-pop, R&B, dream pop and alternative pop. She is also known for singing in a "distinct, husky, low register", and her "sultry" tone. During writing sessions, Lipa states she usually comes to the studio with a concept and start developing the song with her co-writers. She cites Nelly Furtado, Pink, Kendrick Lamar and Chance the Rapper as her biggest musical influences.

In 2016, Lipa and her father set up the Sunny Hill Foundation in Pristina to donate to the citizens of Kosovo, her parents' home country. In August 2018, Lipa hosted her own festival to raise money for the Sunny Hill Foundation, called the SunnyHill Festival where she also performed. The Mayor of Pristina, Shpend Ahmeti then awarded Lipa the Key to Pristina the first time such an honour had ever been granted. She hosted the festival for the second year in a row in 2019, with Miley Cyrus as one of the performers.

On 26 November 2019, an earthquake struck Albania and Lipa appealed to fans for support and donations to the relief effort. Lipa has 15 tattoos, including one in honour of Sunny Hill.

In November 2019, Lipa endorsed the Labour Party in the 2019 UK general election. She broke down the policies of both Labour and the Conservatives on various issues in an Instagram post and wrote that it was "the most important election in a generation", urging people to vote for Labour.

The contents of this page are sourced from Wikipedia article on 08 Mar 2020. The contents are available under the CC BY-SA 4.0 license.
View Dua Lipa 's image gallery
Image Gallery 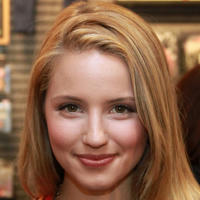 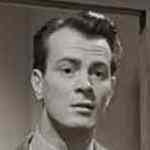 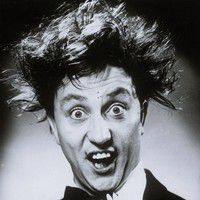