After beginning training in 2004 during the merger between the CZW Wrestling Academy and the Chikara Wrestle Factory Drew Gulak debuted at the inaugural Maven Bentley Association, a sister company of CZW, event at Northeast High School in Philadelphia, PA on April 16, 2005. Six months later Drew Gulak made his Combat Zone Wrestling debut at Down With The Sickness 4-Ever, a tribute show to the late Chris Cash defeating over 20 participants in an over the top rope battle royal on September, 10th 2005.

Gulak was paired up with fellow CZW student Andy Sumner in training due to his amateur wrestling background being similar to Sumner's background in Sambo grappling. Together known as Team AnDrew the duo captured the CZW World Tag Team Championship twice before disbanding in 2009 after Sumner had a falling out with CZW and disappeared from contact at large except for a lone appearance in 2010. After venting frustration following the abandonment of his partner in 2009, Gulak began finding success as a singles wrestler capturing his first single's championship in the CZW Wired TV Championship in early 2010 by defeating Tyler Veritas in a TV taping at Swinging for the Fences.

Gulak would go on to hold the title for 429 days defeating the likes of Nick Gage, Zack Sabre, Jr., Rich Swann, and several others including the one-off return of his former tag team partner Andy Sumner before losing the title to AR Fox in June 2011.

During his run as Wired TV Champion Gulak began to characterize himself as that of a political leader and activist within the company speaking out against ethical issues of violence including CZW's famed ultraviolence and the frequent manhandling of company referees, specifically targeting the actions of long-time fan favorite Nick Gage.

Gulak interjected himself in a match pitting Nick Gage against Big Japan Wrestling star and then Ultraviolent Underground Champion Yuko Miyamoto at Cage of Death XII and served as a special guest referee for the bout. After strictly enforcing the rules of a regular professional wrestling match Gage attacked Gulak forcing him to leave the bout and be replaced by another official. This was the last time the two of them shared a ring together.

On December 30, 2010, The State of New Jersey made public that it was seeking Nick Gage as a suspect of Bank Robbery on which he later turned himself in and was sentenced to 5 years in prison. Gulak, feeling justified by this turn of events, went on to mock the former CZW Champion the following month so far as donning Gage's ring attire and associating himself with Gage's former manager Dewey Donovan taking him on as his "Personal Title Belt Transporter" and "Investment Management Specialist."

In the following months Gulak would continue to speak out against ethical issues of violence and mismanagement within CZW using Nick Gage's incarceration as a prime example as well as the stories of several other ill-fated wrestlers that worked for the company in the past. This drew the ire of several roster members such as former training partner Danny Havoc, Jon Moxley, and Devon Moore, leading them to interrupt Gulak as well as physically assault him during his so-called "paid presentation time." In response to this Gulak hired Nui Tofiga, a gigantic Samoan wrestler to become his "Enforcement Agent."

After holding the Wired TV Championship for over a year, Gulak was defeated for the title by AR Fox at Prelude to Violence 2 on June 11, 2011 in Philadelphia. After the match Gulak was mocked by Danny Havoc, who held the Ultraviolent Underground championship at the time. Gulak then took a leave of absence to tour Europe over the summer as an ambassador for CZW while the company was expanding its international ties but not before proclaiming that he was looking to expand his campaign and grant an opportunity to other wrestlers who might not always get a chance to wrestle in the spotlight. These tryout matches were overseen by Donovan and Tofiga in his absence.

At Tournament of Death X, while Gulak was away, Donovan and Tofiga interjected themselves in Danny Havoc's first round match against BJW Star Abdullah Kobayashi where Mr. Tofiga shoved Havoc off the top rope through some light tubes positioned outside the ring causing him to lose the bout.

After the introduction of Alexander James as Gulak's intern, the two former friends would continue to feud until May 2012 at CZW's Proving Grounds where they fought in a No Rope, Barbed Wire match that saw Havoc pin Gulak in the center of the ring after a bloody brawl that also involved members of each wrestler's respective stables and other members of the roster.

The following month Gulak convinced Kimber Lee to join up with the Campaign For A Better Combat Zone as an activist for Women's rights in professional wrestling.

Aside from CZW, Gulak has worked for several independent promotions around the world.

He has also worked for Beyond Wrestling, Dragon Gate USA, Evolve, Inter Species Wrestling and more. In 2013, he won the Style Battle tournament for Evolve and later participated in the 2014 at Evolve 31, 32 and 33 events but ended up losing the tournament.On March 1, 2015, Drew Gulak defeated Tommasso Ciampa in a Submission Match at Beyond Wrestling. Gulak also appeared at a Wrestling Is Respect show in Burlington, New Jersey, in a losing effort to Green Ant.

In August 2014, Gulak made his debut for Pro Wrestling Guerrilla, participating in their annual Battle of Los Angeles event. Gulak returned to PWG in February 2015, losing to Chris Hero.

In September 2014, Gulak made his return to Chikara at the 2014 King of Trios Night 3 event, teaming with fellow Gentleman's club members Chuck Taylor, Orange Cassidy and the Swamp Monster in a losing effort against the Submission Squad (Evan Gelistico, Gary Jay, Pierre Abernathy and Davey Vega).

On September 2, 2016, Gulak entered the 2016 King of Trios tournament as part of Team #CWC, alongside Cedric Alexander and Johnny Gargano. They were eliminated from the tournament in the first round by The Warriors Three (Oleg the Usurper, Princess KimberLee and ThunderFrog).

On May 7, 2016, Gulak defeated Tracy Williams at Evolve 61 to qualify for WWE's upcoming Global Cruiserweight Series tournament. The tournament began on June 23 with Gulak defeating Harv Sihra in his first round match. On July 14, Gulak was eliminated from the tournament by Zack Sabre Jr. Gulak appeared on the September 14 episode of NXT, losing to Hideo Itami.

On the September 26 episode of Raw, Gulak made his main roster debut as a heel, teaming with Lince Dorado in a losing effort to Rich Swann and Cedric Alexander. On the Hell in a Cell pre-show, Gulak teamed with Tony Nese and Ariya Daivari in a losing effort to Cedric Alexander, Lince Dorado and Sin Cara. On the Survivor Series pre-show, Gulak, Nese and Daivari lost to T.J. Perkins, Rich Swann and Noam Dar. In December, it was confirmed that Gulak had signed with WWE. On the January 2nd episode of Raw, Gulak won his first match on the main roster against Cedric Alexander. 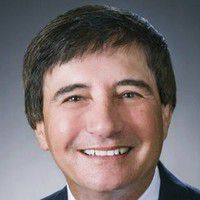 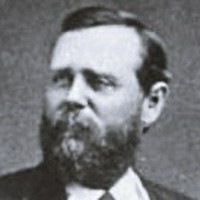