Gooden joined fellow freshmen Nick Collison and Kirk Hinrich for the 1999–2000 season. Although at times, Gooden was frustrated with the way things were going his freshman year, he finally adjusted to coach Roy Williams' system.

In his freshman year, KU went 24–10 and lost to Duke in the Round of 32 during the 2000 NCAA Basketball Tournament. The next season, the Jayhawks went 26–7 and fell to Illinois in the 2001 NCAA Tournament Sweet Sixteen.

In 2002, he led the nation in rebounding and was named NABC national player of the year. The Jayhawks went 33–4, including 16–0 in Big 12 Conference play to win Kansas its first conference championship since 1998. The Jayhawks advanced to their first Final Four in the 2002 NCAA Tournament since 1993; however, they lost to the eventual national champion Maryland in the semifinal.

For being named NABC Player of the Year for 2002, Gooden's jersey (#0) was retired in 2003. The ceremony occurred at halftime of a Kansas home game with Kansas State in what would have been Gooden's senior year had he not foregone his senior year for the NBA.

Gooden declared himself for the draft after his junior year. Out of Kansas, Gooden was selected as the 4th overall pick by the Memphis Grizzlies in the 2002 NBA draft. In March 2003, Gooden and Gordan Giricek were traded to the Orlando Magic for Mike Miller, Ryan Humphrey, and two draft picks.

On July 23, 2004, the Cleveland Cavaliers acquired Gooden, Anderson Varejão, and Steven Hunter for Tony Battie and two second-round draft picks from the Orlando Magic via trade.

Gooden re-signed with the Cavaliers for three more years on August 14, 2006. He agreed to a three-year, $23 million contract.

On February 21, 2008, at the 2007–08 season's trade deadline, Gooden was traded by the Cavs (along with Larry Hughes, Cedric Simmons, and Shannon Brown) to the Chicago Bulls as a part of a three-team, 11-player deal involving the Seattle SuperSonics.

On February 18, 2009, at the 2008–09 season's trade deadline, Gooden was traded to the Sacramento Kings in a six-player deal that included Andrés Nocioni and Cedric Simmons.

On March 1, Gooden was bought out of his contract making him a free agent after playing just one game for the Kings.

On March 5, 2009, Gooden signed with the San Antonio Spurs for the remainder of the season.

On February 13, 2010, Gooden was traded to the Washington Wizards along with Josh Howard, James Singleton and Quinton Ross for Caron Butler, Brendan Haywood, and DeShawn Stevenson. Four days later, he was traded again, this time to the Los Angeles Clippers as part of a three-team, six-player trade that sent Antawn Jamison from Washington to the Cleveland Cavaliers, Žydrūnas Ilgauskas, a 2010 first round pick and the rights to Emir Preldžič from the Cavaliers to Washington, Al Thornton from Los Angeles to Washington, and Sebastian Telfair from Los Angeles to Cleveland. Gooden changed his number from #90 to #0 during his tenure with the Clippers.

On July 1, 2010, Gooden agreed to a 5 year/$32 million contract with the Milwaukee Bucks, which would make the Bucks his ninth team in as many seasons in the league.

Second stint with the Wizards

On July 18, 2014, Gooden re-signed with the Wizards. In the team's season opener on October 29, 2014 against the Miami Heat, Gooden was named the starting power forward in what was his first of just seven starts for the season. He subsequently scored a season-high 18 points and did not top that mark for the rest of the season.

On July 7, 2016, the Wizards declined their option on Gooden's contract, making him an unrestricted free agent.

Gooden is half Finnish; his father, Andrew Gooden, met Drew's mother, Ulla, while playing pro basketball in Äänekoski, Finland. Gooden's parents divorced later on, and he stayed with his father in California, US. Gooden enjoys playing the piano.

In August 2014, Gooden attempted to get Finnish citizenship in order to play for their national team, but he failed to do so before the 2014 FIBA Basketball World Cup.

At the beginning of the 2006–07 season, Gooden appeared with a patch of hair on the back of his head. He refers to this hair style as a "duck tail." Gooden said, "It is drawing a lot of attention...One thing I've found out is even negative publicity is good publicity. At least I had the (guts) to do it." He claims women love it: "I went from getting compliments to now being sexy." 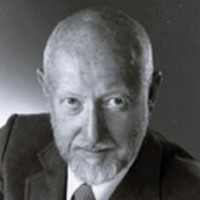