Host of "The Dr. Oz Show" and Cardiac Surgeon
Dr. Oz
The basics

Dr. Oz was born in Cleveland, Ohio, raised in Delaware and received his undergraduate degree from Harvard University (1982) and obtained a joint MD and MBA (1986) from the University of Pennsylvania School of Medicine and Wharton Business School. He was awarded the Captain’s Athletic Award for leadership in college and elected Class President twice followed by President of the Student Body during medical school. He lives in Northern New Jersey with his wife Lisa of 32 years and their four children, Daphne, Arabella, Zoe and Oliver and three grandchildren Philomena, John and Domenica.

Previously, Dr. Oz was a featured health expert on “The Oprah Winfrey Show” for six seasons, spanning over 60 episodes. He also served as chief medical consultant to Discovery Communications, where his “Transplant!” series won both a Freddie and a Silver Telly award. He also served as medical director of Denzel Washington’s “John Q” and performed in the hip-hop video “Everybody” as part of the Let’s Move Campaign.

Dr. Oz authored eight New York Times Best Sellers, including “Food Can Fix It”, “You: The Owner’s Manual”, “You: The Smart Patient”, “YOU: On a Diet”, “YOU: Staying Young”, “YOU: Being Beautiful”, “YOU: Having a Baby”, “YOU: The Owner’s Manual for Teens”, as well as the award-winning “Healing from the Heart”. He has a regular column in Oprah Magazine and his article “Retool, Reboot, and Rebuild” for Esquire magazine was awarded the 2009 National Magazine Award for Personal Service. He co-founded Sharecare.com which won “Best Medical App” award for AskMD in 2014 and its DoctorOz app was nominated for an Emmy in 2017. In 2003, Dr Oz founded Healthcorps which emulates the Peacecorps by putting energetic recent college graduates into high schools around the country to reach diet, fitness, and mental resilience. Over a million teens have been influenced this nationwide program.

In addition to belonging to every major professional society for heart surgeons, Dr. Oz has been named Time magazine’s 100 Most Influential People, Forbes’ most influential celebrity, Esquire magazine’s 75 Most Influential People of the 21st Century, a Global Leader of Tomorrow by the World Economic Forum, Harvard’s 100 Most Influential Alumni, as well as receiving the Ellis Island Medal of Honor and AARP 50 Influential people over 50. He won the prestigious Gross Surgical Research Scholarship, and he has received an honorary doctorate from Istanbul University. He was voted “The Best and Brightest” by Esquire Magazine, a “Doctor of the Year” by Hippocrates magazine and “Healer of the Millennium” by Healthy Living magazine. Dr. Oz is annually elected as a highest quality physician by the Castle Connolly Guide as well as other major ranking groups. He is also an honorary police surgeon for New York City. 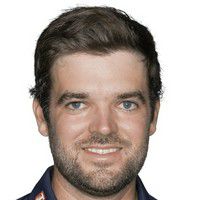 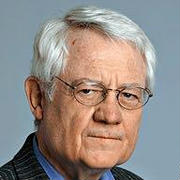 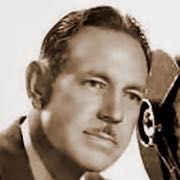