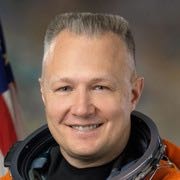 Douglas Gerald Hurley (born October 21, 1966) is an American engineer and NASA astronaut. He piloted Space Shuttle mission STS-127, which launched July 15, 2009. He was assigned and flew as pilot for STS-135, the final flight of the Space Shuttle program, in July 2011. He is also the first Marine to fly the F/A-18 E/F Super Hornet. His call sign is "Chunky" and was sometimes referred to by this name on the communication loops.

Hurley received his commission as a Second Lieutenant in the United States Marine Corps from the Naval Reserve Officer Training Corps at Tulane University, New Orleans, Louisiana, in 1988. After graduation, he attended The Basic School at Marine Corps Base Quantico, Virginia, and later the Infantry Officers Course. Following aviation indoctrination at Naval Air Station Pensacola, Florida, he entered flight training in Texas in 1989; he was a distinguished graduate of the U.S. Navy Pilot Training program and was designated a Naval Aviator in August 1991.

Hurley then reported to VMFAT-101 at Marine Corps Air Station El Toro, California, for initial F/A-18 Hornet training. Upon completion of training, he was assigned to VMFA(AW)-225 where he made three overseas deployments to the Western Pacific. While assigned to VMFA(AW)-225, he attended the United States Marine Aviation Weapons and Tactics Instructor Course, the Marine Division Tactics Course, and the Aviation Safety Officers Course at the Naval Postgraduate School in Monterey, California. Over his four and a half years with the "Vikings", he served as the aviation safety officer and the pilot training officer.

Hurley was then selected to attend the United States Naval Test Pilot School at Naval Air Station Patuxent River, Maryland, and began the course in January 1997. After graduation in December 1997, he was assigned to the Naval Strike Aircraft Test Squadron (VX-23) as an F/A-18 project officer and test pilot. At "Strike", he participated in a variety of flight testing including flying qualities, ordnance separation, and systems testing and became the first Marine pilot to fly the F/A-18 E/F Super Hornet. He was serving as the operations officer when selected for the astronaut program. Hurley has logged over 5,500 hours in more than 25 aircraft.

Selected as a pilot by NASA in July 2000, Hurley reported for training in August 2000. Following the completion of two years of training and evaluation, he was assigned technical duties in the Astronaut Office which have included Kennedy Operations Support as a "Cape Crusader" where he was the lead ASP (Astronaut Support Personnel) for Shuttle missions STS-107 and STS-121. He has also worked Shuttle landing and rollout, served on the Columbia Reconstruction Team at Kennedy Space Center and in the Exploration Branch in support of the selection of the Orion Crew Exploration Vehicle.

He also served as the NASA director of operations at the Gagarin Cosmonaut Training Center in Star City, Russia. In July 2009, he was the pilot on STS-127, ISS Assembly Mission 2J/A, which delivered the Japanese-built Exposed Facility (JEM-EF) and the Experiment Logistics Module Exposed Section (ELM-ES) to the International Space Station. Mission duration was 15 days, 16 hours, 45 minutes.

In July 2011, Hurley returned to space on STS-135 on the Space Shuttle Atlantis. The mission delivered the Multi-Purpose Logistics Module (MPLM) Raffaello and a Lightweight Multi-Purpose Carrier (LMC) to the international space station as well as tested a system which investigated the potential of robotically refueling existing spacecraft. STS-135 mission duration was 12 days, 18 hours, 27 minutes and 56 seconds. Overall, Hurley has accumulated over 683 hours in space.

In July 2015, NASA announced Hurley as one of the first astronauts for U.S. Commercial spaceflights. Subsequently, he has started working with Boeing and SpaceX to train in their commercial crew vehicles, along with the other chosen astronauts—Sunita Williams, Robert Behnken and Eric Boe. In August 2018 Hurley was assigned to the first test flight SpX-DM2 of the SpaceX Crew Dragon. Following the In-Flight Abort test of Crew Dragon, Hurley was confirmed to be the flight's Commander.

Hurley is a recipient of the Stephen A. Hazelrigg Memorial Award for best Test Pilot/Engineer Team, Naval Strike Aircraft Test Squadron. He was awarded the Meritorious Service Medal, two Navy and Marine Corps Commendation Medals, and various other service awards. He received the NASA Superior Accomplishment Award in 2004, 2005, 2006 and 2007.

Hurley is married to fellow NASA astronaut Karen Nyberg. They have one son.

The contents of this page are sourced from Wikipedia article on 12 Mar 2020. The contents are available under the CC BY-SA 4.0 license.
View Douglas G. Hurley 's image gallery
Image Gallery 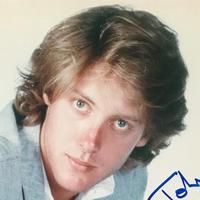 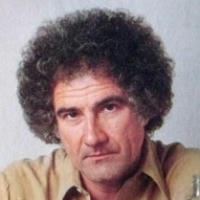