Pappas wrote prolifically about baseball economics, analyzing and debunking what he perceived as false information spread by Major League Baseball and sympathetic media outlets. He railed against claims by Commissioner Bud Selig that the league's teams were in dire financial straits, using the league's own data to refute the claims.

Pappas conducted exhaustive research on player salaries, compiling a database from a variety of sources. His analytical work focused on measuring the performance of a team's front office with a metric called Marginal Wins/Marginal Payroll. This work inspired and informed major league general managers like Billy Beane, and formed the foundation of what would later come to be known as "Moneyball."

He was a regular contributor to Baseball Prospectus from 2001 to 2004 and a listed contributor to the 4th and 5th editions of Total Baseball. Pappas was also very active within the Society for American Baseball Research, in 1994 founding and then chairing the SABR Business of Baseball committee and serving as the organization's parliamentarian. After his death, SABR renamed its USA Today award for the best paper at its annual convention in honor of Pappas:

He was a brilliant researcher, blessed with the capacity to digest and describe great volumes of material. Most SABR research stops there, but Doug continued on, to analyze and make sense of what he observed, and to synthesize his insights into recommendations for resolving the problems he addressed.

He was a splendid and generous communicator, writing with clarity and passion, eager to share resources and ideas with all who sought him out, always as ready to examine his own assumptions as he was to challenge the assumptions of others.

Doug detested pretension and artifice – he certainly knew that the clothes do not make the man. If he’s somehow observing us, he’s laughing about us wearing suits and ties on this occasion. At the same time, he reveled in the unabashed quirkiness and fakery he observed on his frequent drives along America’s highways and byways.

Doug didn’t suffer fools gladly, nor could he muster up sympathy for those who would willfully and deliberately mislead and misrepresent. His college friend Veronica Drake speaks of his mastery of the Socratic method (as taught at the University of Chicago), but I’d call his approach one of reductio ad absurdum … following the premises of, say, Bud Selig to their logical conclusion, and then simply noting the absurdity and fallacy of that outcome.

His abiding enthusiasm for baseball and for the American roadside were amply illustrated in the public persona of his writings and his web presence. Less obvious, but just as deeply held and as integral to his being, were his commitment to social justice and progressive politics, and his love of rock-and-roll music.

Other interests and contributions

In addition to his baseball fandom, Pappas was a lawyer and a photography enthusiast. Pappas was an attorney with [Mintz & Gold][1], where his practice concentrated on general civil and commercial litigation. His unexpected death came on a photographic excursion to Big Bend National Park in May 2004, where he was overcome by heat prostration. After his death, his mother donated more than 500 of his books along with 34 of his photograph albums, and approximately 3,700 of his postcards related to transportation to the University of Michigan's Transportation History Collection of the Special Collections Library.

Other interests and contributions 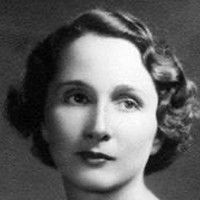