Douglas Donald "Doug" Davidson (born October 24, 1954 in Glendale, California) is an American television actor. He has portrayed private investigator Paul Williams on the CBS soap opera The Young and the Restless since May 1978, making him the series' longest-serving current cast member.

Davidson appeared as captain of the The Young and the Restless team when they played for charity on Family Feud in the early 1990s. That appearance led to him hosting a five-night-a-week, syndicated, half-hour version of the game show The New Price Is Right, beginning on September 12, 1994. The show was canceled just four and a half months later on January 27, 1995. Davidson was one of a few people given an audition to replace Bob Barker after his retirement from The Price Is Right in June 15, 2007, a role which ultimately went to Drew Carey. Davidson has also hosted the live stage show adaptation, The Price Is Right Live!, at Harrah's-owned casinos in Las Vegas, Nevada.

From 1998 through 2003, Davidson served as a host of the annual Tournament of Roses Parade.

He has been married to actress Cindy Fisher since 1984. They have two children, daughter Calyssa and son Caden. 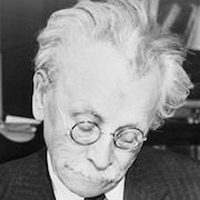