Dorothy Louise Molter (May 6, 1907 in Arnold, Pennsylvania – December 1986), lived for 56 years on Knife Lake in the Boundary Waters area of northern Minnesota. She was known as "Knife Lake Dorothy" or as the "Root Beer Lady", as she made root beer and sold it to thousands of passing canoeists in the Boundary Waters Canoe Area Wilderness (BWCAW), near Ely, Minnesota. Various factors combined to give her national prominence, extensive coverage in media, books and documentaries, and tens of thousands of visits by Boundary Waters Canoe Area canoeists.
She first visited her future home (The Isle of Pines Resort) on Knife Lake in 1930. It became her home starting in 1934. Molter's life, and her place in the public eye was significantly influenced by the evolution of the area where she lived into the Boundary Waters Canoe Area Wilderness. Changes related to this transition affecting her life occurred from 1948 through 1984.

Molter lived with her parents Mattie and John "Cap" Molter in Pennsylvania until her mother died when she was in second grade. She lived with her five brothers and sisters in a Cincinnati orphanage until 1919 when her father remarried and was able to provide a home for them in Garrett, Indiana. Later, they moved to Chicago. She graduated from Calumet High School. In 1927, she enrolled for nurse's training at Auburn Park Hospital.

In 1929 Molter's father Cap began fishing on Basswood lake. While fishing there he learned of The Isle of Pines Resort, a fishing resort on three islands further east on Knife Lake, and booked his first trip there (with his wife, brother and two friends) for the summer of 1930. Dorothy had just finished a semester of school, and when one of her father's friends had a change of plans, she was able to go in his place. During this visit she also helped out at the resort. She visited in each subsequent year and helped out more and more as time progressed. It became her home starting in 1934. The Isle of Pines resort consisted of rustic cabins located on the Isle of Pines island and an adjacent island on Knife Lake in Northern Minnesota, yards from the Canada–US border. It was owned and operated by Bill Berglund. Molter became the owner of the lodge in 1948 when Berglund died. She was a trained nurse and would often treat people for minor injuries. Molter would only leave occasionally to visit family in Chicago or to take additional education in Chicago to maintain her nursing license. After Berglund's death she lived there alone until her death in 1986.

Creation of the BWCA

Molter's life, and her place in the public eye, was significantly influenced by the creation of the Boundary Waters Canoe Area Wilderness. Up until the mid/late 1940s, the story of the Isle of Pines resort was typical of many north woods resorts. It was reachable by seaplanes and by motorboats, the latter when the boat was small enough and the gumption of the traveler high enough to carry the boat and motor over land at the portages. Later it was reached by snowmobiles as they came into use. Ensuing changes between 1948 and 1984 had significant effects on her life. The BWCAW became the largest US wilderness east of the Mississippi (almost 1 million acres (4,000 km2), 2 million acres if one includes the adjacent Quetico Provincial Park in Canada) and the most popular canoe area in the United States, with over 250,000 visits by canoeists per year. This change eliminated nearly all motorized transportation in this area, and removed other residences, buildings, business and (the few) roads from the wilderness, eventually leaving her as the only full-time resident in a canoe wilderness area three times the size of Rhode Island. At the same time that these transportation changes "moved" her even farther from civilization, they brought tens of thousands of canoeist visitors to her home. These factors contributed to the interest in and endearment of her, including print media and television coverage during the last 34 years of her life.

A few of the noteworthy changes to the BWCAW include: During the 1970s and 1980s, although her home no longer operated as a lodge, Molter began to be visited by thousands of canoeists each year. Molter spent winters in cabins on the Isle of Pines and summers in a cabin-like multi-layered tent on a smaller island a few dozen yards east of Isle of Pines. She had a small rustic pier between the islands, and a fence made of broken canoe paddles donated by visitors. She lived within yards of the US–Canada border.

She grew flowers in an area which is practically all rock and without soil. This required finding and hauling dirt and placing it into planters and gathering wild seeds. Visitors were a "feast or famine" situation for Molter. During the warm months she would receive thousands of visits. Many signed her guest book which, would accumulate over 4,000 signatures in a summer. She began averaging between 6,000 and 7,000 guests per year, often over 100 in a day. Winters saw far fewer visitors.

She had no electricity, telephone or utilities. She used portable tanks of bottled propane for cooking and a battery-powered 2-way radio. Her cabin was heated by wood, and the home-made root beer that she sold was cooled by thousands of pounds of ice which were hand cut from the lake in the winter and stored in her old-fashioned ice house. Each year the ice lasted at least through August. During her final years, she was technically prohibited from selling root beer, but visitors continued to enjoy her root beer and make "donations".

With the passage of legislation extending the wilderness protections of the BWCAW, she was told she would have to leave. Due to an outpouring of support (including efforts by Senator and future Vice President Hubert Humphrey), a special exception was made allowing her to stay until 1975. In 1975 Molter and Ambrose were appointed as Forest Service "volunteers in service" and she was allowed to stay. This marked the beginning of a period during which the Forest Service began assisting Molter. Benny Ambrose died in 1982, leaving Molter as the last full-time resident of the Boundary Waters wilderness. She lived there until she died in 1986.

One early article on her was the October 1952 Saturday Evening Post Article, "The Loneliest Woman in America" by Andrew Hamilton. While the title was not literally true, the term caught on. As Molter once observed, "If I had been the loneliest woman in America, by the time all of those writers and TV people came up here, I sure as heck wouldn't have been" Through a combination of her remote location and BWCAW wilderness restrictions against motors and motorized travel, Molter's home was amongst the most isolated in the country. The nearest road required 15 miles of travel by water and five portages over land to reach. It typically took approximately 1½ days of travel from her home to reach the nearest road, and her home was approximately 36 miles (58 km) from the nearest (small) town.

She died mid-December 1986 at age 79. She was survived by her brother, John A. Molter and sister Hazel Hoffman, both of Chicago and her niece, Sally Margis of Midlothian, IL. It was said that the people of Ely, the closest town, were very saddened by her death, but happy that she died in the way that she wanted to.

From 1952 until her death in 1986, Molter was the subject of ongoing media and documentary coverage. Her life was the subject of a biography entitled The Root Beer Lady by Bob Cary of Ely, and in 2011, a second biography entitled Dorothy Molter: The Root Beer Lady of Knife Lake by Sarah Guy-Levar and Terry Schocke was published. She was also the subject of National Geographic publications, a broadcast of the "Real People" television series, and of a documentary video "Dorothy Molter - Living in the Boundary Waters". Charles Kuralt visited her and featured her on his television program, and also wrote about her in his book Charles Kuralt's America.

The Dorothy Molter cabin in Ely

After Molter's death, her cabins were dismantled and moved to Ely, as the Boundary Waters Canoe Area Wilderness Act of 1978 banned permanent residences and structures within the Boundary Waters Canoe Area Wilderness. The first part of the effort involved transporting the disassembled cabins by dog sled to a landing point at the Boy Scout canoe base on Moose lake. Time was of the essence as the Forest Service was directed to burn her cabins down by a certain date. An unseasonably warm March stymied those efforts to move her cabins by dogsled and special permission was obtained to use motorized transportation such as snowmobiles. Her residence was re-erected on the east side of Ely, Minnesota on a site near the Chamber of Commerce building.

The Dorothy Molter Museum was formed to preserve her legacy. The cabin was moved from the chamber of commerce site to the museum, and a second cabin of hers was also erected and restored at the museum. The museum is located on the south side of Route 169 (Sheridan St.) at the east end of Ely, Minnesota. 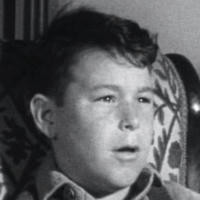 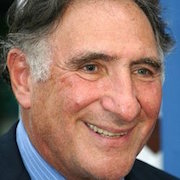 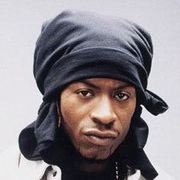 Leader of the Islamic Center of America in Dearborn, Michigan