Dorothy Edith Smith CM (born July 26, 1926) is a Canadian sociologist with research interests in a variety of disciplines, including women's studies, feminist theory, psychology, and educational studies, as well as in certain subfields of sociology, such as the sociology of knowledge, family studies, and methodology. Smith founded the sociological sub-disciplines of feminist standpoint theory and institutional ethnography.

Smith was born on July 26, 1926, in Northallerton, Yorkshire, England, to Dorothy F. Place and Tom Place, who also had three sons. One of her brothers, Ullin Place, is known for his work on consciousness as a process of the brain, another is poet Milner Place.

Smith did her undergraduate work at the London School of Economics, earning her B.Sc in Sociology with a Major in Social Anthropology in 1955. She then married William Reid Smith, whom she had met while attending LSE, and they moved to the United States. They both attended graduate school at the University of California, Berkeley, where she received her Ph.D. in Sociology in 1963, nine months after the birth of their second child. Not long afterward she and her husband were divorced; she retained custody of the children. She then taught as a lecturer at UC Berkeley from 1964 to 1966.

In 1967 she moved with her two sons to Vancouver British Columbia to teach at the University of British Columbia, where she helped to establish a Women's Studies Program. In 1977 she moved to Toronto, Ontario to work at the Ontario Institute for Studies in Education, where she stayed until she retired. In 1994 she became an adjunct professor at the University of Victoria, where she continued her work in institutional ethnography. Smith serves on the international advisory board for the feminist journal Signs.

Before Smith, American feminist theorist Sandra Harding created the concept of standpoint theory in order to emphasize the knowledge of women, arguing that hierarchies naturally created ignorance about social reality and critical questions among those whom the hierarchies favored. However, those at the bottom of these ladders had a perspective that made it easier to explain social problems.

It was during her time as a graduate student in the 1960s that Smith developed her notion of standpoint, shaping Harding's theory. During this time, Smith recognized that she herself was experiencing "two subjectivities, home and university", and that these two worlds could not be blended. In recognition of her own standpoint, Smith shed light on the fact that sociology was lacking in the acknowledgment of standpoint. At this point, the methods and theories of sociology had been formed upon and built in a male-dominated social world, unintentionally ignoring the women's world of sexual reproduction, children, and household affairs. Women’s duties are seen as natural parts of society, rather than as an addition to culture. Smith believed that asking questions from a female’s perspective could provide insight into social institutions. Smith determined that for minority groups, the constant separation between the world as they experience it versus continually having to adapt to the view of the dominant group creates oppression, which can lead to members of the marginalized group feeling alienated from their "true" selves.

Smith often uses one particular story as an example of the importance of standpoint theory, and as a way of explaining it:

One day, while riding in a train in Ontario, Smith observed a family of Indians standing together by a river, watching the train pass by. It was only after having made these initial assumptions that Smith realized that they were just that; they were assumptions, assumptions that she had no way of knowing if they were true or not. She called them "Indians", but she couldn't have known, for sure, what their origins were. She called them a family, which could have very well not been true. She also said they were watching the train go by, an assumption that emerged solely based on her position in time and space, her position riding in the train, looking out at the "family".

For Smith, this served as a representation of her own privilege, through which she made assumptions and immediately imposed them on the group of "Indians". It helped lead her to the conclusion that experiences differ, across space, time, and circumstance. It is unfair to create society—and ruling relations—based on only one point of view/being.

Institutional ethnography (IE) is a sociological method of inquiry which Smith developed, created to explore the social relations that structure people's everyday lives. For the institutional ethnographer, ordinary daily activity becomes the site for an investigation of social organization. Smith developed IE as Marxist feminist sociology "for women, for people"; it is now used by researchers in the social sciences, in education, in human services and in policy research as a method for mapping the translocal relations that coordinate people's activities within institutions. Smith insisted that her outline of Institutional ethnography would be expanded upon in a collaborative manner amongst sociologists, emphasizing the networking needed to progress the idea

Smith also developed the concept of ruling relations, the institutional complexes that "coordinate the everyday work of administration and the lives of those subject to administrative regimes". This allows a society to have control and organization, with examples being systems of bureaucracy and management

Bifurcation is defined as dividing or separating into two parts or branches. In the case of the bifurcation of consciousness, specifically related to standpoint theory, this refers to the separation of the two modes of being for women. Since sociology is a male-dominated field, women must fight to push past their expected roles as housewives and mothers, moving from the local realm of the home to the "extra local" realm of society. Women, therefore, split their consciousness in two in order to establish themselves as knowledgeable and competent beings within society and the field of sociology.

Smith has influential ties to theorists such as Karl Marx and Alfred Schütz, building on top of Marxist theory, Smith evolves alienation into gender-stratified capitalism, explaining in her work Feminism and Marxism how "objective social, economic and political relations ... shape and determine women's oppression". From Schutz, Smith explains, "Individuals are experienced as 'types'", developing upon his concept of umwelt and mitwelt relations. In The Everyday World as Problematic: A Feminist Sociology, Smith explains mitwelt and umwelt relations of male dominance claiming, "women's work conceals from men the actual concrete forms on which their work depends".

Her work is ranked among the most important produced in 20th and 21st Century sociology, and it has been suggested that Institutional Ethnography should be considered a contemporary classic.

The contents of this page are sourced from Wikipedia article on 09 Aug 2020. The contents are available under the CC BY-SA 4.0 license.
View Dorothy E. Smith 's image gallery
Image Gallery 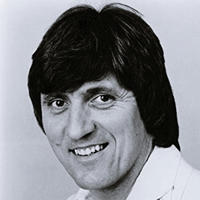