Dorothea Nancy Waddingham (1899 – 16 April 1936) was an English nursing home matron who was convicted of murder in the United Kingdom.

Dorothea Waddingham (birth reg as Dorothy Nancie Merelina Allan Chandler) her parents having married a year after her birth - Waddingham being her father’s surname. Dorothea was born on a farm near Nottingham. She has been referred to as "Nurse" Waddingham, because the two murders she was accused and convicted of were committed in a nursing home she ran near Nottingham in England. However, she was not a qualified nurse and the only medical training she received was as a ward-maid at an infirmary near Burton-on-Trent. In 1925 under the name of Dorothea Nancy Waddingham she married Thomas Willoughby Leech. He was twice her age and dying of cancer. During their marriage she served two prison terms, for fraud and for theft. The couple had three children, Leech died in 1933, at which time Waddingham was seeing another man named Ronald Joseph Sullivan. Sullivan had fought in World War I and had been awarded the Military Medal for gallantry and also served in Ireland after the war. Although they never married they had two children.. Whilst living with Sullivan she began to take in elderly and infirm patients, and turned her home at 32 Devon Drive, Nottingham into a nursing home.

Mrs Blagg, the Honorary Secretary of the County Nursing Association, approved of Waddingham's work, and arranged for Mrs Baguley who was 89 and her daughter Ada, who had multiple sclerosis or "creeping paralysis", to become patients. In February 1935 another patient named Mrs Kemp died from an illness which required large dosages of morphine. Plenty of the drug remained on the premises of Waddingham's nursing home.

Ada Baguley had made a will leaving her estate of £1,600 in trust for her mother after her death, and with the rest to be divided between two cousins, Lawrence Baguley and Fred Gilbert, after her mother died. Ada had been informed that it was likely she would precede her mother in death. However, this will was destroyed by Ada in May 1935, and a new will created that left all the money to Dorothea Waddingham and Ronald Sullivan when Ada and her mother both died (it being in recompense for the nurse's care of them). The elderly Mrs Baguley died in the second week of May.

Ada lasted through the spring and summer of 1935. Later it was said that Waddingham was quite attentive to her. In September 1935 Ada received a visit from an old family friend, Alice Briggs, who spent an afternoon cheering her up. Briggs told Waddingham that she would have Ada over for tea at her home in a couple of days. But on 11 September (the next day) Sullivan advised H. H. Mansfield that his patient Ada was in a coma. Mansfield came and found Ada was dead. As this was expected the doctor was not suspicious, and after getting further details from Waddingham he filled out a death certificate that Ada died of cardiovascular degeneration.

Ada had given her permission to be cremated and if the cremation had gone through it is probable that Waddingham could not have been proved guilty of Ada's death. But for the body to be cremated needed two doctors to sign the certificate, and this could only be done after the family of the deceased was notified. Ada had noted in her will a request not to notify her relatives. Waddingham said there were no relatives, which was a lie.

Unfortunately for Waddingham, the man in charge of cremations was Cyril Banks, who was also the Medical Officer for Health in Nottingham. Banks had never thought highly of Waddingham's establishment as a so-called "nursing home", and knew there was no State Registered Nurse on the staff (as there should have been). He became suspicious at the note from Ada Baguley that authorised cremation and ordered a post-mortem. The post-mortem found no traces of anything connected to Ada's physical conditions that could have immediately caused death. This led to an analysis of the organs of the deceased by W. W. Taylor, Senior Assistant to the Nottingham Analyst. He found considerable traces of morphine (over three grains) in her stomach, liver, kidneys and her heart.

Suspicions were now raised about the death of Mrs Baguley, and an exhumation ordered by the Home Office occurred. This was supervised by Roche Lynch, who found the mother had also died of morphine poisoning. This led to the arrests of Waddingham and Sullivan for the two murders.

Waddingham's trial started on 4 February 1936 before Mr Justice Goddard. Her barrister was Mr Eales, with the prosecution by Norman Birkett (a rarity, for Birkett normally handled criminal defence). Birkett brought out much damaging testimony, including how Ada Baguley's last meal was heavy and rich for a woman in her condition: Waddingham admitted that she gave Ada pork, baked potatoes, kidney beans and two portions of fruit pie. It was suggested as an effort to disguise the cause of death and showed a lack of concern for the patient's welfare. The result was that Waddingham was convicted of using morphine to poison Mrs Baguley and Ada. The purported motive behind the murders was to gain the Baguleys' estate. It was also revealed that Waddingham claimed that Dr Mansfield gave her surplus morphine tablets for Ada Baguley, which that doctor denied. In trial, Sullivan was discharged for insufficient evidence, although the so-called note from Ada Baguley regarding cremation was written by him.

Waddingham was found guilty on 27 February. Despite recommendation of mercy, due to her being a mother of several young children, she was hanged on 16 April 1936, having confessed to the crime shortly before her execution. Her execution was carried out at Winson Green Prison and her hangman was Thomas Pierrepoint, assisted by his nephew Albert Pierrepoint.

Waddingham was a mother of five and was still breastfeeding her 3-month old baby at the time of her execution. 10,000 people gathered outside the gaol to demonstrate against the execution, chanting "Stop this mother murder!". The protests were led by the prominent abolitionist Violet Van der Elst.

The fiancé of Ada Baguley, Mrs Baguley's daughter, committed suicide after her death.

The execution is dramatised in the 2005 film Pierrepoint, in which Waddingham is played by Elizabeth Hopley. Although the film shows Timothy Spall as Albert Pierrepoint carrying out the execution, in fact the hangman was Thomas Pierrepoint (Albert's uncle); Albert acted as his uncle's assistant. Furthermore, the execution took place at Birmingham's Winson Green prison, not Holloway Prison in London as is implied in the film. The film is also incorrect in that it depicts the execution taking place during the war years.

The contents of this page are sourced from Wikipedia article on 30 Dec 2019. The contents are available under the CC BY-SA 4.0 license.
View Dorothea Waddingham 's image gallery
Image Gallery 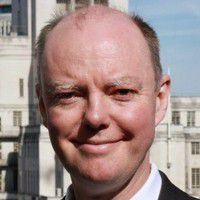 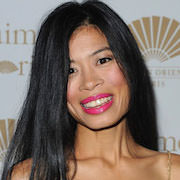