Doreen Nampiye Sioka (née Matengu, 1960–) is a Namibian politician. She is member of the National Assembly of Namibia since 1994 for the South West Africa People's Organization (SWAPO), and a member of the Cabinet since 2005.

Sioka was born on 18 September 1960 in Kasheshe village in the Zambezi Region and attended Primary School in her home village. At age 15 she went into Zambian exile. When she was injured in a South African Defence Force raid on Oshatotwa in 1976 she decided to join the People's Liberation Army of Namibia, during which she participated in the attacks on Katima Mulilo in 1977 and 1978 as one of only three female insurgents.

After the 1978 attack she worked for Voice of Namibia, SWAPO's exile radio station, and furthered her education. She received a Certificate in Journalism and Library Information in Ndola and completed Secondary School at Roosevelt Secondary School for Girls in Freetown, Sierra Leone. Sioka then worked as teacher at Namibia Health and Education Centre in Kwanza-Sul, Angola, until shortly before Namibian independence.

After independence of Namibia in 1989 Sioka held several political roles in SWAPO's Women's Council. She was elected to Parliament in 1994, and to SWAPO Central Committee in 1997. In 2005, Sioka was elected as the Deputy Speaker of the 4th National Assembly.

After the 2009 general election Sioka was appointed Minister of Gender Equality and Child Welfare, and in a Cabinet reshuffle in December 2012, following the fifth SWAPO congress, her portfolio as Minister was changed to that of Labour and Social Welfare, replacing Immanuel Ngatjizeko.

Doreen Sioka is married with three children. Besides her degrees earned during her time of exile she also completed two correspondence courses, and earned a High Diploma and Certificate in Defence and Security from Cambridge Tutorial College and a Diploma in Business Administration from Management College of Southern Africa (MANCOSA). 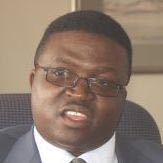 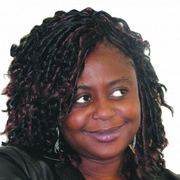 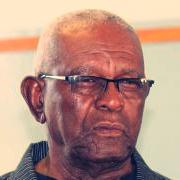