Dora Gerson (born Dorothea Gerson, 23 March 1899 – 14 February 1943) was a German cabaret singer and stage and motion picture actress of the silent film era who died with her family at Auschwitz concentration camp.

Born Dorothea Gerson into a Jewish family in Berlin, Gerson began her career as a touring singer and actress in the Holtorf Tournee Truppe alongside actor Mathias Wieman in Germany where she met and married her first husband, film director Veit Harlan. The couple married in 1922 and divorced in 1924. Harlan would later direct the anti-Semitic Nazi propaganda film Jud Süß (1940), supposedly at the insistence of Nazi Propaganda Minister Joseph Goebbels.

In 1920, Gerson was cast to appear in the film Auf den Trümmern des Paradieses (On the Brink of Paradise), an adaptation of the Karl May-penned novel Von Bagdad nach Stambul, and later followed that same year in another May adaptation titled Die Todeskarawane (Caravan of Death). Both films included Hungarian actor Béla Lugosi in the cast and are now believed to be lost films. Gerson continued to perform as a popular cabaret singer throughout the 1920s as well as acting in films.

By 1933, when the Nazi Party came to power in Germany, the German-Jewish population was systematically stripped of rights and Gerson's career slowed dramatically. Blacklisted from performing in "Aryan" films, Gerson began recording music for a small Jewish record company. She also began recording in the Yiddish language during this time and the 1936 song "Der Rebe Hot Geheysn Freylekh Zayn" became highly regarded by the Jews of Europe in the 1930s. Gerson's most memorable recordings from this era were the German-language songs "Backbord und Steuerbord" and "Vorbei" (Beyond Recall), which was an emotional ballad, memorializing pre-Nazi Germany:

In 1936, Gerson relocated with relatives to the Netherlands, fleeing Nazi persecution. She had married a second time to Max Sluizer (b. 24 June 1906). On 10 May 1940, Germany invaded the Netherlands and the Jews there were subject to the same anti-Semitic laws and restrictions as in Germany. After several years of living under oppressive Nazi occupation, the Gerson family began to plan to escape. In 1942, Gerson and her family were seized trying to flee to Switzerland, a neutral nation in World War II Europe. The family were sent by railroad car to Drancy internment camp bound for the Nazi camp of Auschwitz in Nazi-occupied Poland. Dora, along with her husband and their two children, Miriam Sluizer (b. 19 November 1937) and Abel Juda Sluizer (b. 21 May 1940), died at Auschwitz on 14 February 1943.

The contents of this page are sourced from Wikipedia article. The contents are available under the CC BY-SA 4.0 license.
View Dora Gerson 's image gallery
Image Gallery 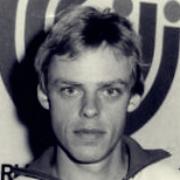