Donna Traynor is a journalist in Northern Ireland. Born in Lisburn, she is the main female anchor of BBC Newsline.

Traynor has been nominated twice by the Royal Television Society in the category of "Presenter of the Year". She began her career in broadcasting at RTÉ in Dublin.

Traynor joined the BBC in 1989. She presented news bulletins on BBC Radio Ulster, and was the newsreader at the station who first broke the news of the Provisional IRA ceasefire in August 1994. Around this time, Traynor began reading television news bulletins, and was later promoted to her current position.

Traynor was born in Lisburn, but moved to Dublin with her family as a child. Educated at Loretto, Bray, she studied journalism at university in Dublin (NIHE now Dublin City University) and in Preston in England.

Traynor is deaf in one ear. She is married to Ronan Kelly, a training consultant and fellow broadcaster. 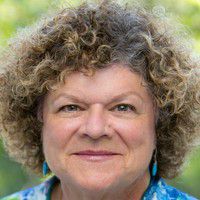