Donald C. Wunsch II is Mary K. Finley Distinguished Professor of computer engineering at the Missouri University of Science and Technology, and a Fellow of the Institute of Electrical and Electronics Engineers He is known for his work on " hardware implementations, reinforcement and unsupervised learning".

From 1944 to 1993 he worked for Boeing, rising to the level of Senior Principal Scientist. In 1993 he joined Texas Tech University, as Assistant Professor with a joint appointment to the Department of Electrical and Computer Engineering, and Computer Science. In 1998, he was promoted to Associate Professor.

In 1999, he left Texas for the Missoouri University of Science and Technology, becoming Mary K. Finley Distinguished Professor in the Department of Electrical and Computer Engineering, with courtesy appointments in the departments of System Engineering, Computer Science, and Business Administration.

He is author or coauthor of:

The most highly cited of his papers, according to Google Scholar, are

In 2005 he was President of the International Neural Networks Society, and in 2015 was a recipient of that society's Gabor Award. .

He is a Fellow of the IEEE, an INNS Senior Fellow, and Charles Hedlund Distinguished Visiting Professor at the American University in Cairo.,

The contents of this page are sourced from Wikipedia article on 17 Apr 2020. The contents are available under the CC BY-SA 4.0 license.
comments so far.
Comments
From our partners
Sponsored
Reference sources
References
https://www.ece.uw.edu/spotlight/uwee-alumnus-named-2005-ieee-fellow/
https://www.worldcat.org/title/optoelectronic-learning-machine/oclc/25459909&referer=brief_results
https://ece.mst.edu/media/academic/ece/documents/facultyprofiles/Wunsch%20Resume%202018.pdf
https://people.mst.edu/faculty/dwunsch/
https://news.mst.edu/2015/07/14392/
https://scholar.google.com/scholar?hl=en&as_sdt=0,33&q=DC+Wunsch+&btnG=
https://scholar.google.com/citations?user=fQC7bIoAAAAJ 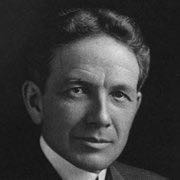 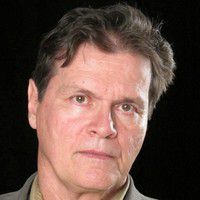