Donald "Don" Frank Yenko (May 27, 1927 – March 5, 1987) was an American racecar driver best known for creating the Yenko Camaro, a high-performance version of the Chevrolet Camaro.

In 1957, Yenko set up a performance shop for Chevrolet vehicles. The customers could either order high performance parts or have their car modified by Yenko's mechanics. The first popular aftermarket car made by Yenko came in 1965, in the form of a modified version of the Chevrolet Corvair. Named "The Stinger", these Corvairs were modified with a variety of different body accessories, engine upgrades that produced outputs of up to 240 hp, as well as upgrades in steering, transmissions, suspension, and positraction differentials. A total of 185 Stingers are believed to have been built between 1965 and 1967. In 1967, when Chevrolet began selling the Camaro, Yenko began to modify SS Camaros by replacing the original L-78 396 in³ (6.5 L) engine with a Chevrolet Corvette's L-72 427 in³ (7.0 L) and upgrade the rear axle and suspensions. He also modified other Chevrolet vehicles like Chevelle and Nova by fitting them with L-72 engines. This limited series of cars sometimes began to take the name "sYc" (standing for Yenko Super Car), after the graphics found on the hoods and seat rests.

The 1970s saw the decline in muscle cars due to higher insurance premiums and tighter emission rules. Yenko shrewdly countered by placing his unique touch on the 1970 Nova. Instead of placing a big block 427 c.i. in his special Nova he convinced GM to put a very potent small block 350 c.i. (360 h.p.) that the new Z-28 Camaro and LT1 Corvette shared. Additionally, the new "Yenko Deuce", as it was known, had extensive suspension, transmission, and rear axle upgrades along with some very lively stripes, badges, and interior decals. A bit later in the decade, Yenko began to modify the Chevrolet Vega with spoilers, turbochargers, and design graphics, dubbing it the "Yenko Stinger II". Due to difficulties with United States Environmental Protection Agency certification, he only sold the modified Vega without a turbocharger. Instead, the turbocharger sold separately at the Yenko dealership.

In 1972, Yenko stopped selling modified cars and began publishing a performance parts catalog from cosmetic modification to engine modification. One of his notable products was the ZL-1 engine, which he produced under permission from Chevrolet. In 1981, Yenko made his last modification, the Turbo Z Camaro. He added a turbocharger to 350 in³ (5.7 L) engine. He sold the Yenko Chevrolet dealership in 1982, which had been family owned since 1934.

Yenko, along with his three passengers, died in March 1987 while bringing his Cessna 210 in for a landing near Charleston, West Virginia. The landing was hard, causing the aircraft to bounce and Yenko to lose control. It then hit a dirt bank, fell into a ravine and crashed. He was 59 years old. 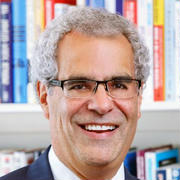