Donald O'Riley Quarrie CD (born 25 February 1951) is a Jamaican former track and field athlete, one of the world's top sprinters during the 1970s. At the 1976 Summer Olympics he was the gold medallist in the Olympic 200 meters and silver medallist in the Olympic 100 meters. In all, he competed in five Olympic Games and won four Olympic medals during his career.

He has received recognition both on and off the field. He was a five-time winner at the Jamaican Sportsperson of the Year and a statue of him is positioned at the entrance to Jamaica's National Stadium. There is also a school (Donald Quarrie High School) that bears his name in Eastern Kingston. Reggae artists have paid respect to his achievements with songs including "Tribute to Donald Quarrie", one by Joe Gibbs and The Guerrillas and one by Bongo Herman.

Quarrie made the Jamaican 100 m team for the 1968 Summer Olympics as a 17-year-old, but he injured himself in training, and could not take part. He moved to the United States and attended the University of Southern California, graduating with a degree in Business and Public Administration. There, his sprinting capabilities gradually increased. At the 1970 Commonwealth Games, Quarrie won the gold medal in both the 100 and 200 m, surprising his more experienced competitors. Anchoring the Jamaican 4 × 100 m relay team, he pocketed a third Commonwealth title.

Quarrie repeated his sprint double the following year at the Pan American Games in Cali and his time in the 200 meters was a hand-timed 19.8. One of the favourites for the upcoming Munich Olympics, Quarrie again suffered from injuries at the Olympic Games. He did compete in the 200 m but had to abandon his 200 m semi-final after pulling a muscle.

In 1974 Quarrie repeated his 1970 performance by grabbing the 100 and 200 m titles at the Commonwealth Games in Christchurch, becoming the first athlete to retain the title in either event. The next season, he again tied the 200 m world record, 19.8. He also tied the 100 m record with a hand-timed mark (9.9) in 1976 at the California Relays at |Modesto Junior College, one of only a few athletes to have held these records simultaneously. This time was actually 10.07 seconds.

In 1976 after winning the AAA's 100/200 titles Quarrie could finally compete at the Olympics without injuries. He first made the 100 m final, which he led until overtaken by Trinidadian Hasely Crawford. In the 200 m Quarrie led the pack coming out of the turn and held off all challenges to take the title in 20.22.

By 1984 Quarrie was no longer among the world's best in the individual sprint events and it was therefore no surprise he was eliminated in the heats of the 200 m event at the Los Angeles Olympics. However, he won a fourth Olympic medal with the Jamaican relay team, which finished second behind the United States. His final competitive race was a 200m in London in September 1984, in which he finished 3rd. 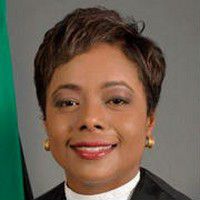 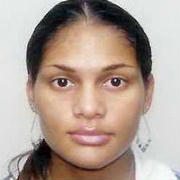 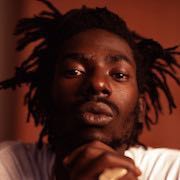