Born to an Italian family in The Bronx, New York, Cornell attended Roosevelt High School in the Bronx.

In his teens he played guitar in a band led by jazz trumpeter Red Nichols. When he was eighteen, he was a vocalist in the Sammy Kaye band. He became a solo act in 1949. Between 1950 and 1962, twelve of his records were certified gold. These included "It Isn't Fair" "I'll Walk Alone", "I'm Yours", and "Hold My Hand". He appeared often on television programs hosted by Perry Como, Jackie Gleason, and Arthur Godfrey during the 1950s and 1960s.

When singing at the Beverly Hills Supper Club in Kentucky, he appeared many times on the Ruth Lyons television program and was a substitute host. In 1953, he was on the TV program Chance of a Lifetime. He had a radio program on KGO in San Francisco in 1953.

In 1959, Cornell, comedian Martha Raye, and other investors formed The Big Daddy Mining Company. The company planned to mine "a rich gold vein on a hillside near Coarsegold, California".

Cornell worked as a singer into the 1990s. He and his wife founded the label Iris as a division of MCA to release songs he recorded for Coral and Dot earlier in his career. These albums include Something to Remember Me By and From Italy with Love.

Cornell was named to the Hollywood Walk of Fame in 1963. In 1993, he was inducted into the Big Band Hall of Fame.

Cornell died in Aventura, Florida, from emphysema and diabetes at the age of 84.

The contents of this page are sourced from Wikipedia article on 20 Jul 2020. The contents are available under the CC BY-SA 4.0 license.
View Don Cornell 's image gallery
Image Gallery 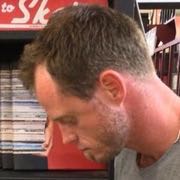 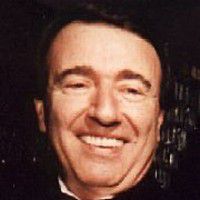