Donald Virgil "Don" Bluth (born September 13, 1937) is an American animator, film director, producer, writer, production designer, video game designer, and animation instructor who is known for directing animated films, such as The Secret of NIMH (1982), An American Tail (1986), The Land Before Time (1988), All Dogs Go to Heaven (1989), and Anastasia (1997), and for his involvement in the LaserDisc game Dragon's Lair (1983). He is also known for competing with former employer Walt Disney Productions during the years leading up to the films that would make up the Disney Renaissance. He is the older brother of late illustrator, Toby Bluth.

Early life and the Disney years

Bluth was born in El Paso, Texas, the son of Emaline (née Pratt) and Virgil Ronceal Bluth. His great-grandfather was Helaman Pratt, an early leader in The Church of Jesus Christ of Latter-day Saints (LDS Church). He is of Swedish, English, Irish, Scottish, and German descent.

As a child in El Paso, he rode his horse to the town movie theater to watch Disney films; Bluth said later, "then I'd go home and copy every Disney comic book I could find". At the age of six, his family moved to Payson, Utah where he lived on a family farm. Bluth has stated that he and his siblings do not have much communication with each other as adults. In 1954, his family moved to Santa Monica, California, where he attended part of his final year of high school before returning to Utah and graduating from Springville High School. Bluth attended Brigham Young University in Utah for one year and after got a job at The Walt Disney Company. He started in 1955 as an assistant to John Lounsbery for Sleeping Beauty. In 1957 Bluth left Disney only two years after being hired. Afterward, Bluth spent two and a half years in Argentina on a mission for the LDS Church. He returned to the United States where he opened the Bluth Brothers Theater with his younger brother Fred, though he occasionally worked for Disney.

Bluth returned to college and got a degree in English Literature from Brigham Young University. Bluth returned to the animation business and joined Filmation in 1967 working on layouts for The Archies and other projects. He returned full-time to Disney in 1971 where he worked on Robin Hood, Winnie the Pooh and Tigger Too, The Rescuers and directing animation on Pete's Dragon. His last involvement with Disney was the 1978 short The Small One. Then he made and produced his first short film, Banjo the Woodpile Cat, which takes place in his hometown Payson, Utah during the 1940s as Banjo travels to Salt Lake City to find the urban world.

On his 42nd birthday in 1979, Bluth, Gary Goldman, John Pomeroy, and 9 fellow Disney animators, set out to start his own animation studio, Don Bluth Productions. He drew a few (uncredited) scenes for The Fox and the Hound but left early in production. Bluth was disheartened with the way the Disney company was run. He wanted to revive the classical animation style of the studio's early classics. To this end, his studio, Don Bluth Productions, demonstrated its ability in its first production, a short film titled Banjo the Woodpile Cat, and this led to work on an animated segment of the live-action film Xanadu (1980).

The studio's first feature-length film was The Secret of NIMH (1982), an adaptation of Mrs. Frisby and the Rats of NIMH, the 1972 Newbery Medal winner. Bluth employed 160 animators during the production and agreed to the first profit sharing contract in the animation industry. Though a moderate success in the box office, the movie received critical acclaim. Later, with the home video release and cable showings, it became a cult classic. Nevertheless, due to its modest box office take, and an industry-wide animation strike, Don Bluth Productions filed for bankruptcy.

His next film would have been an animated version of the Norwegian folk tale East of the Sun and West of the Moon but was never made when the financial resources were drawn back.

In 1983, he, Rick Dyer, Goldman and Pomeroy started the Bluth Group and created the groundbreaking arcade game Dragon's Lair, which let the player control a cartoon-animated character on screen (whose adventures were played off a LaserDisc). This was followed in 1984 by Space Ace, a science-fiction game based on the same technology, but which gave the player a choice of different routes to take through the story. Bluth not only created the animation for Space Ace, but he also supplied the voice of the villain, Borf. Work on a Dragon's Lair sequel was underway when the video arcade business crashed. Bluth's studio was left without a source of income and the Bluth Group filed for bankruptcy on March 1, 1985. A sequel called Dragon's Lair II: Time Warp was made in 1991, but it was rarely seen in arcades.

In 1985, Bluth, Pomeroy, and Goldman established, with businessman Morris Sullivan, the Sullivan Bluth Studios. It initially operated from an animation facility in Van Nuys, California, but later moved to Dublin, Ireland, to take advantage of government investment and incentives. Bluth and his colleagues taught an animation course at Ballyfermot Senior College.

Teaming up with producer Steven Spielberg, Bluth's next project was An American Tail (1986), which at the time of its release became the highest grossing non-Disney animated film of all time, grossing $45 million in the United States and over $84 million worldwide. The second Spielberg-Bluth collaboration The Land Before Time (1988) did even better in theaters and both found a successful life on home video. The main character in An American Tail (Fievel Mouskewitz) became the mascot for Amblimation while The Land Before Time was followed by twelve direct-to-video sequels.

Bluth broke with Spielberg before his next film, All Dogs Go to Heaven (1989). (Bluth was not involved with the Spielberg-produced An American Tail: Fievel Goes West, released in 1991, nor with any of the numerous subsequent sequels to his films.) Although All Dogs Go To Heaven had moderate theatrical success, it was highly successful in its release to home video. Like The Land Before Time, The Secret of NIMH, and An American Tail, All Dogs Go to Heaven was followed by a theatrical sequel, a television series, and a Christmas Carol adaptation, none of which Bluth and his studio had involvement with. He also directed films, such as Rock-a-Doodle (1992), Thumbelina (1994), A Troll in Central Park (1994) and The Pebble and the Penguin (1995), which were critical and box office failures.

Despite the success of Anastasia, Bluth resumed his string of box-office failures with the futuristic space adventure Titan A.E. (2000). The movie made less than $37 million worldwide despite an estimated $75 million budget. In 2000, 20th Century Fox Studios shut down the Fox Animation Studio facility in Phoenix, making Titan A.E. the last traditionally animated film released by 20th Century Fox in theaters until the release of 2007's The Simpsons Movie.

On October 26, 2015, Bluth and Goldman started a Kickstarter campaign in hopes of resurrecting hand-drawn animation by creating an animated feature-length film of Dragon's Lair. The Kickstarter funding was canceled when not enough funds were made close to the deadline, but an Indiegogo page for the project was created in its place. On December 14, 2015, the Indiegogo campaign reached its goal of $250,000, 14 days after the campaign launched, and got more than twice the budget on January 16, 2016. As of June 2016, the campaign has raised $604,108.

His campaign caused minor controversy when it was claimed that he did not need to raise such a large amount of money from fans simply for a short presentation to pitch to Hollywood producers that would not be released to the public.

In 2002, Bluth and video game company Ubisoft developed the video game Dragon's Lair 3D: Return to the Lair, an attempt to recreate the feel of the original Dragon's Lair LaserDisc game in a more interactive, three-dimensional environment. Reviews were mixed, with critics both praising and panning the controls and storyline. However, the visuals were noteworthy, using groundbreaking cel-shading techniques that lent the game a hand-animated feel. As of 2012, Don Bluth and Gary Goldman were seeking funding for a film version of Dragon's Lair. After apparently sitting in development for over a decade, the project raised over $570,000 via a successful crowdfunding campaign in January 2016.

Bluth and Goldman continued to work in video games and were hired to create the in-game cinematics for Namco's I-Ninja, released in 2003.

In 2004, Bluth did the animation for the music video "Mary", by the Scissor Sisters. The band contacted Bluth after having recalled fond memories of the sequence from Xanadu.

In 2009, Bluth was asked to produce storyboards for, and to direct, the 30-minute Saudi Arabian festival film Gift of the Hoopoe. He ultimately had little say in the animation and content of the film and asked that he not be credited as the director or producer. Nonetheless, he was credited as the director, possibly to improve the film's sales by attaching his name.

On February 3, 2011, it was announced that Bluth and his game development company Square One Studios were working with Warner Bros. Digital Distribution to develop a modern reinterpretation of the 1983 arcade classic Tapper, titled Tapper World Tour. On March 22, 2011, Anastasia was released to Blu-ray Disc.

Bluth has authored a series of books for students of animation: 2004's The Art of Storyboard, and 2005's The Art of Animation Drawing. Additional books are planned.

In early 2009, Bluth launched his website in which he focuses on animation education through video tutorials, short films, and live video seminars.

As a theater director

Bluth currently runs an Adult and Youth Theatre in Arizona, called Don Bluth Front Row Theatre. The theater group was unique and unusual as productions were presented in the living room of Bluth's Scottsdale, Arizona home. They now run in a small theater off Shea Blvd in Scottsdale. 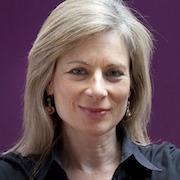 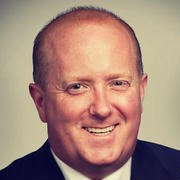