Don A. J. Upham
The basics

Don Alonzo Joshua Upham (May 1, 1809 – July 19, 1877) was an American lawyer and Wisconsin politician. He was a member of the Democratic Party of Wisconsin and served as the 4th Mayor of Milwaukee.

Upham was born in Weathersfield, Windsor County, Vermont in 1809. He graduated from Union College in Schenectady, New York in 1831. He then taught mathematics for three years at the University of Delaware in Newark, Delaware.

After this, he studied law privately in New York City. After being admitted to the Delaware bar, he moved to Wilmington in 1834 and practiced law. He was also the Wilmington City Attorney. He was the owner and editor of the The Delaware Gazette for thee years. In 1837, Upham moved to the Territory of Wisconsin where he also worked as a lawyer.

Upham held various political positions and in 1840 he served as a member of the Territorial Council, the upper house in the territory's legislature. He served in the Territorial Legislature from 1840-1842. In 1843 he was the Milwaukee County Attorney, and in 1846 he served as president of the First Wisconsin State Constitutional Convention. Upham served two terms as Mayor of Milwaukee, from 1849 to 1850.

In 1858, President James Buchanan appointed Upham United States Attorney for the District of Wisconsin, where he served until 1861.

Upham was the Democratic candidate for Governor of Wisconsin in 1851, but lost by less than one percent of the vote to Leonard J. Farwell, the Whig candidate.

He died in Milwaukee, Wisconsin on July 19, 1877 and is interred in Forest Home Cemetery in Milwaukee.

Upham was the son of Joshua Upham and Phebe (Chamberlain) Upham. He married Elizabeth Smith Jaques in 1833 and they were married until his death. They had five children: John Jaques Upham, Adelaide Upham, Horace Alonzo Upham, Caroline Jaques Upham and Sarah Maria Upham. 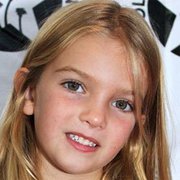