Dominic Simon "Dom" Wood (born 3 January 1978 in Exeter, Devon) is an English entertainer, magician and presenter of radio and television, best known as one half of the double act Dick and Dom, with the other being Richard McCourt.
From 14 October 2007 to September 2008, he and work partner McCourt presented the Sunday morning show on BBC Radio 1 from 10:00am – 1:00pm, but later left the show due to TV commitments.

Wood was at one point the youngest member of the magician's society The Magic Circle. He was however later expelled after publishing a book that revealed the secrets behind some of his tricks, which is against the Circle's code of practice.

His magical achievements and awards include:

Wood first officially appeared on television in 1996 on CBBC's Friday afternoon children's programme Friday Zone. However this was preceded several years earlier by a brief appearance on children's TV programme Gimmie 5, as a member of public performing in front of the camera on the Quayside in Exeter. Following this, he presented the CBBC Broom Cupboard until 1998.

From 1999 until 2000 he was the first presenter of the CITV game show Jungle Run.

Along with Richard McCourt ("Dick") he is currently best known as half of the double act Dick and Dom. Their programme Dick and Dom in da Bungalow won two BAFTAs in 2004 for Best Presenters and Best Children's Entertainment. On this show in 2004, Wood set the world record for largest number of pants put on in one minute. Throughout 2000-2002, the pair also starred in the 2-series TV show Bring it On.

In 2006, along with Jon Tickle, and despite the fact that he has no scientific knowledge, Wood co-presented the UK pop science show Brainiac's Test Tube Baby, a spin-off of Brainiac: Science Abuse, which airs on Thursdays at 8 pm on Sky One.

He has also co-hosted the BBC Three coverage of the 2007 series of Comic Relief does Fame Academy.

Dick and Dom have presented a daytime version of Are You Smarter Than A 10 Year Old? since autumn 2007.

He faced trouble in 2005 when he appeared on 'Dick and Dom..' sporting a T-shirt with the slogan 'Morning Wood,' also a reference to an erection upon awakening. He was warned by the BBC and TV authorities, despite his claims it was nothing more than representing that his surname was Wood and it was the morning.

In 2010, Wood was cast in the live-action 3D family comedy movie Horrid Henry: The Movie alongside Richard McCourt as the titular character's fierce cousin-in-law Pimply Paul. The film was released on 29 July 2011.

Also in 2010, Wood wrote and starred in the CBBC show, The Legend of Dick and Dom, where Dick and Dom star as two budding young princes who are on a quest to find the antidote to a terrible plague that consumed Fyredor because Dick dropped the cure. The all-star cast also includes Mannitol (Steve Furst), a wizard who is really bad at doing magic, and Lutin (Chloe Bale).

Wood has co-written several books, including:

Wood married Sandi Lee Hughes of the (now defunct) pop band allSTARS* in 2005. The couple have two sons; Tommy, named after Sandi's late father, born on 10 January 2008 and Sam born in Summer 2010. Wood also has family who he visits in Crosby near Liverpool.

Wood has been diagnosed as dyslexic. He is a vegetarian. He is 5'5" tall in real life, though his press releases indicate otherwise (revealed on All Star Mr and Mrs, 10 May 2008).

Wood ran the annual charity event the Great North Run for the first time in 2007.

Wood lives with his family near the station in Teddington, London. 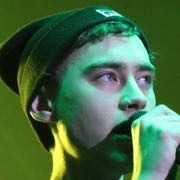