Dnyaneshwar Agashe (17 April 1942 – 2 January 2009) was an Indian businessman, cricketer, cricket administrator and philanthropist. He was chairman and managing director of Brihan Maharashtra Sugar Syndicate, chairman of Kolhapur Steel and founder of Suvarna Sahakari Bank and Mandar Printing Press. He was vice-president of Board of Control for Cricket in India from 1995 to 1999. He became a member of the Maharashtra Cricket Association in 1969 and became the association's executive chairman in 1989.

Agashe and his family came into public scandal in 2008, in the Suvarna Sahakari Bank scam. While in judicial custody, Agashe died of complications from diabetes.

A wicketkeeper-batsman, Agashe played first-class cricket for Maharashtra between 1962 and 1968 and scored two half-centuries in 13 matches. His best season came in 1964–65 where he made his career-best 75, took ten catches and made two stampings, before he went on to become a vice-president of the BCCI.

Agashe was born on 17 April 1942, into an entrepreneurial Chitpavan brahmin family of industrialist Chandrashekhar Agashe and wife Indirabai Agashe (née Dwarka Gokhale). Agashe's father founded the Brihan Maharashtra Sugar Syndicate in 1934. Agashe was born third from last and was one of nine surviving children.

Agashe was educated at Raman Baug High School and was awarded a BA degree by Sir Parshurambhau College. He also had a BCom degree from Brihan Maharashtra College of Commerce. Agashe began competitively playing cricket in school, touring Sri Lanka. He was wicketkeeper and middle order batsman when he went on to play the Ranji Trophy from 1967 to 1973, representing his home state of Maharashtra.

Agashe, through his wife, is also a known 1st cousin-in-law of chairman and managing director of Kokuyo Camlin Ltd., Dilip Dandekar, and is a 2nd cousin, once removed of musician turned entrepreneur Ashutosh Phatak.

Agashe took office as managing director alongside his older brother in his father's company, Brihan Maharashtra Sugar Syndicate. He served as chairman to Kolhapur Steel and was director to many other start-ups. He diversified his business into liquor (with Howling Wolves), pharmaceuticals, power generation, publication (with Mandar Printing Press), and real estate. He started a unit in Canada for Taj Rum.

Agashe joined the Maharashtra Cricket Association in 1969 and became its executive chairman in 1989, after having been a member for 20 years. During his tenure as chairman of the association, he was twice elected as the vice-president and once as the treasurer of the BCCI. He had also contested for the coveted post of BCCI's president, but lost by two votes. He was also the vice-chairman of the finance committee of the Pakistan-India-Lanka Joint Management Committee (Pilcom), which had organised the 1996 World Cup. He served his record seventh term as chairman, being elected in April, 2003. Agashe was also a voting member of the Mumbai Cricket Association.

In 1995, Agashe was elected as vice-president of Board of Control for Cricket in India and maintained office till 1999.

Agashe founded the Suvarna Sahakari Bank in 1969 for the banking purposes of mainly middle-class families. In 2004, Agashe consulted with his lawyers after allegedly being denied his right to vote in the presidential election of the Cricket Board.

In between 2004 and 2006, amidst a controversial BCCI election scandal involving Sharad Pawar's defeat to election to the office of president of the board at the hands of Agashe, the bank business started having financial troubles. Many sources claimed Agashe's actions may have been deliberate. Some sources also claimed that Agashe's business supposedly failed as backlash for thwarting Pawar's ambitions for presidency. In September of that same year, the cooperative bank was put under moratorium by the Reserve Bank of India. Cosmos Bank planned to acquire the bank after it hit this roadblock with the RBI and the subsequent announcement of the proposed merger with Cosmos led to large-scale panic withdrawals by Suvarna customers.

Agashe along with 14 other board members was taken into judicial custody on 22 November 2008; the bank was allegedly involved in a Rs. 436.74 crore scam. The police stated that the accused along with six others allegedly misused their rights and sanctioned loans mostly to firms owned by themselves and then defaulted the loans, thereby duping the depositors. The arrests were made after a complaint was filed by Rajesh Jadhavar, a special auditor with the Cooperatives Department at the Maharashtra government. While in custody, Agashe's health deteriorated and he later died from complications of diabetes at Sassoon Hospital on 2 January 2009.

Upon his death, the depositors of the bank turned their hopes to the Indian Overseas Bank for help after the bank's accumulated losses were estimated at over Rs. 350 crore.

As a wicketkeeper-batsman, Agashe played first-class cricket for Maharashtra between 1962 and 1968 and scored two half-centuries in 13 matches. He played his best season in 1964–65 where he made his career-best 75, took ten catches and made two stampings.

He then went on to become a vice-president of the Board for Control of Cricket in India and executive chairman of the Maharashtra Cricket Association.

Agashe also donated his family collection of ancient Indian musical instruments to the Chandrashekhar Agashe Museum, a part of the Raja Dinkar Kelkar Museum of Pune in honour of his father.

Agashe provided financial assitance to Société géologique de France for their research in 1994.

Agashe died on 2 January 2009 at Sassoon Hospital in Pune, at the age of 67. He died in the ICU while under treatment for diabetic complications.

Agashe's son, Ashutosh Agashe conceived the Dnyaneshwar Agashe Trophy as the highest award of merit at Pune's local Poona Youth Club's (PYC) annual cricket tournament, the PYC Premier League in honor of his father. The first award was awarded in 2015. 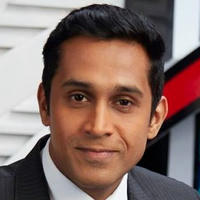 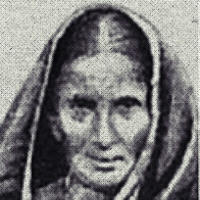