Djoko Susanto (born Kwok Kwie Fo, 1950, Jakarta, Indonesia) is an Indonesian entrepreneur, successful businessman and well known as a new billionaire of Indonesia since 2011. Djoko was the owner of Alfamart, retail business with mini-marts concept.

Djoko is the sixth out of 10 siblings, he only reached the 1st grade. He had to drop out of school because the Indonesian government banned students with Chinese names (he later changed his last name). At age 17 he started managing his parents' modest 5-foot stall inside Pasar Arjuna, a traditional market in Jakarta. The stall sold groceries at the time, but soon Djoko was peddling cigarettes and opening more stalls. His success attracted the attention of clove cigarette tycoon Putera Sampoerna. Together they opened similar stalls and then opened a discount supermarket chain.

Djoko continued his partnership with Putera Sampoerna until 2005, then Sampoerna sold his cigarettes business, 70% of his share to Altria including his share on the retail business run by Djoko. Altria did not desire on retail business and then sold their shares to Northstar, but Djoko later bought the shares from Northstar, making him own the major share of 65%. He later developed the retail business into Alfa Supermarket. Nowadays, under the management of PT. Sumber Alfaria Trijaya Tbk, they run more than 5,500 stores under several brands such as Alfamart, Alfa Express, Alfa Midi and Lawson. Thus business made Djoko become the 25th wealthiest person in Indonesia on 2011, and rose to rank 17th on early 2012, decrease to 20th by November 2012.

The contents of this page are sourced from Wikipedia article on 20 May 2020. The contents are available under the CC BY-SA 4.0 license.
comments so far.
Comments
Reference sources
References
https://www.forbes.com/profile/djoko-susanto/
//www.google.com/search?&q=%22Djoko+Susanto%22+site:news.google.com/newspapers&source=newspapers
//scholar.google.com/scholar?q=%22Djoko+Susanto%22
https://www.jstor.org/action/doBasicSearch?Query=%22Djoko+Susanto%22&acc=on&wc=on
http://www.tempo.co/read/news/2011/11/24/090368346/Miliuner-Baru-Indonesia--Djoko-Susanto
Trending today
All Film/TV Music Politics Sports Business Science Academia 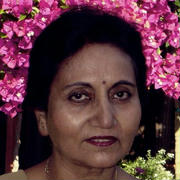