Uroš Umek (Slovene pronunciation: [ˈúːrɔʃ ˈúːmək]; born May 16, 1976 in Ljubljana, Slovenia), better known as DJ Umek or simply Umek, is a Slovenian dance music composer and DJ. Musically active since 1993, he is the owner of several techno record labels. In 1999 he founded Consumer Recreation and Recycled Loops, the former of which he co-runs with Valentino Kanzyani. Recycled Loops formed the sublabel Earresistible Musick in 2001, and in 2007 Umek founded the large techno label 1605.
In 2010 he won Best Techno Artist at the Beatport Music Awards, and in 2013 he was named Best Techno DJ at the EMPO Awards. In 2013, he won Best Techno Track at the International Dance Music Awards, and the following year he won Best Techno/Tech House Artist. He has released singles and remixes on Spinnin' Records and Ultra Records. Since 2015 UMEK switched back to darker techno style and is now releasing mostly on his own imprint 1605.

Umek began DJing in 1993 at the age of 17. He was among the pioneers of the electronic music in Slovenia. In 1999 he released music on his own labels Consumer Recreation and Recycled Loops, the former of which he co-runs with Valentino Kanzyani. Umek became famous by techno-supporters in Europe about 2001, for his fast mixing skills and his uplifting dj-sets. In the later years he changed his style a little bit. He has released a large number of EPs and anthems and has a reputation as an innovator. He is known to play the music from 4 turntables simultaneously. In 2001 he released music on Earresistible Musick, and in 2006, on Astrodisco.

In 2006 he released a single "Posing As Me," which was a big hit in Slovenia. In 2007 he did another video supported project with a Croatian singer and lyrics writer Anđa Marić Carbon Occasions, and also released music on the label 1605 Records. On his birthday May 16 he organized a musical event called Dan Elektronike (Electronica Day). He was ranked at position 29 of the TOP 100 DJs for the year 2007 by the DJ Magazine. Some people regard Umek as one of the Top 10 Techno DJs in the world. During all the subsequent years - until 2015 he managed to rank in the DJ Mag Top 100 DJs chart among the best DJs.

He performed an Essential Mix on BBC Radio 1 in November 2007.

2010 was quite an adventorous and creative year for UMEK. He released 2 No.1 Beatport hits: OMGWTF and "Back In the Race". He also teamed up with former Slovenian president Danilo Türk to appeal to high-school graduates not to drink alcohol on their prom dance. And in March of the same year he released his second authorial album and first on his label 1605 - "Responding To Dynamic", which acquired a lot of attention in the world of techno music.

In 2011 Umek launched his first radio show "Behind The Iron Curtain with UMEK", currently present on more than 130 FM and online radio stations world wide, where he weekly presents new talent and new music selection.

From 2012 Umek's music style switch more to tech-house and commercial waters, which got him his first performance on Tomorrowland and mainstage performance on Electric Daisy Carnival Las Vegas in 2013. He started releasing a lot of his music on Spinnin' Records and in the beginning of 2015 he released a collaboration with an American rapper Waka Flocka Flame, which stirred up the waters in the music industry quite a bit.

2015 was an important year in Umek's career. He decided to return to his roots of darker techno sounds, accompained by the revival of his old electro moniker Zeta Reticula. To power-up his label he started to release the majority of his music on 1605. He also renewed his visual identity, reflecting his darker music style.

In 2016 Umek co-founded a new music start-up company Viberate, which analyzes DJs and ranks them by their popularity and which already moved from his home city of Ljubljana to Silicon Valley. During 2016 Umek teamed up once again with Toolroom Records and released his first ever music production course, titled "Techno Masterclass with UMEK", featuring 5,5 hours of quality music production tips and tricks.

The following is an incomplete list of EPs released by DJ Umek:

The following is an incomplete list of remixes released by DJ Umek: 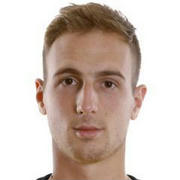