Divya Bharti (25 February 1974 – 5 April 1993) was an Indian film actress, who starred in a number of successful Hindi and Telugu motion pictures in the early 1990s. Known for her acting versatility, vivacity and beauty, she is regarded as one of the most popular and highest-paid Indian actresses of her time.

Bharti aspired to a career in films at a young age, and started to get offers at age 14, while she was doing some modelling assignments. After several unsuccessful attempts, she made her debut with a lead role in the successful Telugu drama Bobbili Raja (1990), aged 16. After featuring in a number of high-grossing Telugu films, she progressed to Bollywood films in 1992 with the action thriller Vishwatma. Bharti went on to have commercial success alongside acclaimed actors such as Govinda and Rishi Kapoor in films like Shola Aur Shabnam and Deewana, respectively; the latter of which garnered her a Filmfare Award for Best Female Debut. She acted in 14 Hindi films between 1992 and 1993, which is to date an unbroken record in Hindi cinema. Although a teenager, Bharti played adult roles in all her films.

Bharti died on 5 April 1993, aged 19, from head injuries sustained after falling off the balcony of her fifth-floor apartment at Versova, Mumbai.

Bharti was born in Bombay (present-day Mumbai) to Om Prakash Bharti, an insurance officer, and his wife, Meeta Bharti. She had a younger brother named Kunal and one half-sister Poonam, who was the child of Bharti's father's first marriage. Actress Kainaat Arora is her second cousin.

She spoke Hindi, English and Marathi fluently. In her early years, Bharti was known for her bubbly personality and for her doll-like looks.

Bharti studied at Maneckji Cooper High School in Juhu, Mumbai. She was an average student and completed 9th standard before pursuing an acting career.

In 1988, Bharti was discovered by filmmaker Nandu Tolani. Upon seeing her, Tolani insisted on signing her for one of his films. At that time, Bharti was in the ninth standard (in ninth grade). She was originally scheduled to make her screen debut in Gunahon Ka Devta in 1988, but her role was cancelled. Kirti Kumar noticed Bharti at a video library, and thus was eager to sign her for his project Radha Ka Sangam opposite Govinda, as he was searching for a new face. Weeks later, Kumar met with Dilip Shankar and managed to release Bharti from her contract. After taking dancing and acting lessons for months to prepare for her role, Bharti was eventually dropped and replaced by Juhi Chawla. Though the reasons remain unclear, it was speculated that Kumar's possessiveness over Bharti and her childish nature were the cause of her replacement.

Bharti's career was stalled until D. Ramanaidu, Telugu film producer, offered her Bobbili Raja opposite his son Daggubati Venkatesh. Without hoping for success after experiencing many failures in Bollywood, she commenced shooting in Andhra Pradesh for her screen debut. The film was released in the summer of 1990 and became a colossal hit. Bobbili Raja remains to this day one of the most popular Telugu movies. That same year, Bharti acted in only one Tamil film, Nila Penne opposite Anand. The film was critically and financially unsuccessful.

With more hits in the Telugu cinema, Bharti established herself as one of the most popular Telugu actresses.

In box office ratings, she figured next to Vijayshanti. In 1991, Bharti had back-to-back hits, including Rowdy Alludu and Assembly Rowdy, opposite actors Chiranjeevi and Mohan Babu. Later that year, Bharti began filming A. Kodandarami Reddy's action romance Dharma Kshetram under Sri Rajeev Productions. Bharti got to work with Telugu film actor Nandamuri Balakrishna.

While Bharti celebrated her success in Andhra Pradesh, Bollywood's top directors were eager to sign the Telugu superstar for their upcoming films. Bharti's first Bollywood film was Vishwatma opposite Sunny Deol, directed by Rajiv Rai, and was released on 2 January 1992. The film was an average grosser at the box office and gained Bharti wider recognition from the public as well as film critics. Notably, the music of the film was very successful, especially the song "Saat Samundar", which became a favourite, and put Bharti in the limelight of Bollywood.

A week later, Bharti's next film, Lawrence D'Souza's romantic drama Dil Ka Kya Kasoor, alongside Prithvi released. The film was not a box office success but was recognized for its music. After the box office failure of the film, she was quoted as saying, "I wanted to prove myself. But I've fallen flat on my face. Now, I have to begin my climb all over again. Yet, I'm positive that one day, success will be mine." (Stardust, March 1992).

In March 1992, David Dhawan's Shola Aur Shabnam was released. It was popular with critics and was a box office hit in India, marking Bharti's first major hit in Bollywood. It also gave a big boost to Govinda's career and launched David Dhawan as an established director. Shortly thereafter, Bharti achieved further success in Raj Kanwar's Filmfare- award-winning love story Deewana starred veteran actor Rishi Kapoor and newcomer Shahrukh Khan, which is regarded as one of the biggest blockbuster hits of 1992. Her performance in Deewana was highly appreciated./ She received a Lux Face of the Year title. Critics reported that Bharti belonged to a new breed of Hindi film actors who broke away from character stereotypes. Bharti and Shahrukh Khan won the Filmfare Award for Lux New Face of the Year and Filmfare Award for Best Male Debut respectively. By July 1992, Bharti's work in Deewana was said to have earned her more recognition.

She had several other releases that year, among them Jaan Se Pyaara, which featured Bharti alongside Govinda once again, Geet opposite Avinash Wadhawan, Dushman Zamana alongside Armaan Kohli and Balwaan which marked the debut of Sunil Shetty. The latter being a low budget film, achieved moderate success. In October, Hema Malini's Dil Aashna Hai, which once again featured her opposite Shahrukh Khan was released, which didn't do as well at the box office. Divya's performance as a bar dancer who sets out to find her birth mother was however appreciated. Bharti decided to act in one Telugu movie per year in order to not disappoint her Telugu audience. Thus, Chittamma Mogudu was released at the end of 1992, starring once again the popular couple of Bharti and Mohan Babu.The ensemble film Kshatriya in which she co-starred alongside Sunny Deol, Sanjay Dutt and Raveena Tandon was the last film to be released during Bharti's lifetime on March 26, 1993.

Bharti's sudden death on April 5, 1993 left several films incomplete and it was reported that the Bollywood industry lost an estimated Rs. 2 Crore as a result of her demise. She was more than halfway through the filming of Laadla at the time of her death and the film was reshot with Sridevi replacing her. She was replaced in several other films she had not completed such as Mohra, Kartavya, Vijaypath and Andolan. Some films which Bharti had not started shooting for were subsequently shelved, such as Parinaam with Akshay Kumar, Do Kadam with Salman Khan, Kanyadaan with Rishi Kapoor, Bajrang with Sunny Deol and Chal Pe Chal with Jackie Shroff.

Shrotly before her death, she had completed filming for Rang and Shatranj which were released posthumously and achieved moderate success. Although she completed filming her scenes for both films, a dubbing artist was used as she never got the chance to dub for the films. Her incomplete Telugu film Tholi Muddhu was partly completed by actress Rambha, who slightly resembled Bharti and hence was used as her body double to complete her remaining scenes and the film released in October 1993.

Bollywood legend Dev Anand made a movie titled Chargesheet which was loosely based on her death and the mystery surrounding it and was released on 30 September 2011.

Bharti met director-producer Sajid Nadiadwala through Govinda at the shooting of Shola Aur Shabnam, and they were married on 10 May 1992. Divya got married to Sajid in a private ceremony, with the presence of her hairdresser-friend Sandhya, Sandhya’s husband and a Qazi at Nadiadwala’s Tulsi Buildings residence (in Mumbai).

In the late evening hours of April 5, 1993, Bharti fell off the balcony of her fifth-floor apartment in Tulsi Buildings, Versova, Andheri West (Mumbai). When her guests Neeta Lulla, Neeta husband Shyam, and Divyas maid Amrita and neighbors realised what had happened, she was rushed in an ambulance to the emergency department at Cooper Hospital lying in a pool of blood, where she died. The immediate cause of death was stated as severe head injuries and internal bleeding. The reason of her fatal fall was never established and several theories circulated in the media during that time, including falling under the influence of alcohol, being pushed by someone, Bharti's habit of doing thrilling tasks, suicide and the involvement of her husband and underworld mafia. The investigation was closed in 1998 by Mumbai police and the reason of death was stated as accidental death. She was cremated on 7 April 1993 at the Vile Parle crematorium, Mumbai. 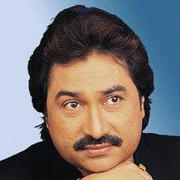 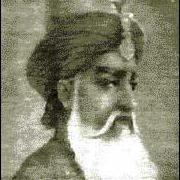 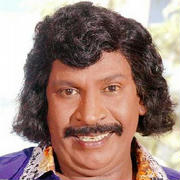