Origi began his career at Lille, and scored on his professional debut for them in 2013. A year and a half later, he was signed for £10 million by Liverpool, who loaned him back to Lille for the 2014–15 Ligue 1 season.

Origi made his international debut for Belgium in 2014, and was part of their team which reached the quarter-finals of the 2014 World Cup, during which he became the youngest goalscorer in Belgian World Cup history.

Origi began his career playing football at Genk's youth academy where he spent nine years before signing for Lille in May 2010, aged 15.

Origi playing for Lille in 2014

On 24 January 2013, he was an unused substitute in Lille's 3–1 away win over Plabennec in a 2012–13 Coupe de France match. Nine days later, he scored on his competitive debut for the senior Lille side, coming on as a substitute in the 69th minute for Ronny Rodelin and scoring to bring his side from 1–0 down against Troyes.

On 29 July 2014, Premier League club Liverpool announced that they had completed a £10 million transfer for Origi, who signed a five-year contract but was immediately loaned back to Lille for the 2014–15 season.

In his first match back in Lille, Origi scored his first goal of the new Ligue 1 season through a penalty against Caen to secure a 1–0 win for his side. This was after he had been brought down in the box by defender Dennis Appiah, who was sent off by the referee towards the 70th minute.

On 11 December 2014, as Lille lost 0–3 at home to VfL Wolfsburg to be eliminated from the Europa League group stage, Origi had a penalty saved by Diego Benaglio. On 15 March 2015, Origi scored a hat-trick for Lille in a 3–0 league win against Stade Rennais.

On 11 July 2015, Origi was named in Liverpool's 30-man squad for their pre-season tour of Thailand, Australia and Malaysia. In his non-competitive debut for Liverpool, a pre-season friendly against Thai All-Stars on 14 July, Origi scored his first goal for the club in a 4–0 win.

His first competitive game for the team was on 12 September, replacing Danny Ings for the final sixteen minutes of a 3–1 loss at rivals Manchester United. Origi scored his first competitive Liverpool goals on 2 December, a hat-trick in a 6–1 away win over Southampton in the quarter-finals of the League Cup. Eleven days later, he scored his first Premier League goal, replacing the injured Dejan Lovren in the 79th minute and netting an added-time equaliser from outside the penalty area for a 2–2 draw against West Bromwich Albion at Anfield. On 14 February he scored his second league goal against Aston Villa in a 6–0 victory, only 27 seconds after replacing Daniel Sturridge in the second half; his goal being the fastest goal made by a substitute that season. In March, Origi stated that he opted not to join rivals Manchester United at the age of 15, in favour of a move to Lille, before making a move to Liverpool at the age of 19.

On 7 April 2016, Liverpool manager Jürgen Klopp surprisingly started Origi ahead of Sturridge, the team's first-choice striker, during Liverpool's Europa League quarter final encounter with Borussia Dortmund – Klopp's former side. Origi showed his worth, however, by scoring a vital away goal in the 1–1 draw. Three days later, Origi scored two goals in a 4–1 win over Stoke City after coming on as a substitute to replace Sheyi Ojo at half time.

Origi was used predominantly as a substitute and Cup player at the start of the 2016–17 campaign. He scored his first goal of the season on 23 August 2016 in a 5–0 EFL Cup win over Burton. He scored his first League goal on 26 November, coming off the bench for the injured Philippe Coutinho to net the opening goal in a 2–0 win over Sunderland.

Origi has represented Belgium at under-15, under-16, under-17, under-19 and under-21 level. He scored ten goals while in the under-19 team, the first in a 2013 UEFA European Under-19 Championship qualification match against Belarus on 12 October 2012.

The Football Kenya Federation expressed an interest in persuading Origi to play for the Kenya senior national team in the future. However, on 13 May 2014, Belgium senior national team manager Marc Wilmots announced that he would be part of the 23 to represent Belgium at the 2014 FIFA World Cup.

Origi came on as a substitute for Romelu Lukaku in the 58th minute of the opening Group H game against Algeria in Belo Horizonte on 17 June. In Belgium's second match, again after coming on as a substitute for Lukaku, he scored his first senior international goal in the 88th minute of a 1–0 win over Russia to qualify the Red Devils for the knockout stage. In doing so, at 19 years, 2 months and 4 days, he became the youngest goalscorer of the tournament (until American winger Julian Green scored against Belgium during their round of 16 match), the youngest goalscorer in Belgian World Cup history, and the first player of Kenyan origin to score at a FIFA World Cup finals. For his performances, he was named the Young Talent of the 2014 Belgian Sportsman of the year awards.

He scored once in Belgium's successful UEFA Euro 2016 qualifying campaign, in a 6–0 home win over Andorra on 10 October 2014.

Origi was born in Ostend and grew up in Houthalen-Oost. He was born into a family of footballers. His father Mike played for KV Oostende (at the time Divock was born) and Racing Genk among other Belgian clubs as well as the Kenya national team. His uncle, Austin Oduor, played for Gor Mahia in the Kenyan Premier League while his other uncles Gerald and Anthony played for Tusker. His cousin Arnold currently plays for Lillestrøm in the Norwegian Tippeligaen and the Kenya national team as a goalkeeper. The Origi family is of Kenyan Luo ethnicity.

On 25 June 2014, a baby dolphin at the Boudewijn Seapark in Bruges, Belgium was baptised "Origi" in his honour after having scored the winning goal against Russia during their group stage match at the 2014 FIFA World Cup. 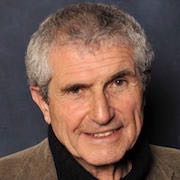