Dita Charanzová (born 30 April 1975) is a Czech politician and diplomat who has been Member of the European Parliament (MEP) since 2014 for the ANO 2011 party.

In the past, she worked in Strasbourg as a TV Studio Manager during the sessions of the Parliamentary Assembly of the Council of Europe.

In 2014, Charanzová ran for the elections to the European Parliament as an independent (non-party) candidate on the 3rd place from the list of candidates for ANO 2011 and was elected with a total number of 8,356 preferential votes (i.e. 3.41% of total votes).

In 2018, she was elected Vice President of the ALDE Party.

The main topics Charanzová deals with in the European Parliament are consumer protection, the digital economy and international trade. As a member of the IMCO Committee, she serves as rapporteur on web accessibility. She has actively worked on the negotiations of new business opportunities for Czech and European companies, for instance in the USA and Latin America, but also globally. In addition to her committee assignments, she is a member of the European Parliament Intergroup on the Digital Agenda.

In 2015, Charanzová and Fernando Maura Barandiarán nominated the Democratic Unity Roundtable (MUD), a Venezuelan election coalition formed to unify the opposition to president Hugo Chávez, for the Sakharov Prize for Freedom of Thought.

In the 2019 elections, Charanzová was re-elected to the European Parliament for a second term, with a total number of 53 924 preferential votes (i.e. 10.73% of total votes). She has since been serving as one of the Parliament’s Vice-Presidents; in this capacity, she is part of the Parliament’s leadership under President David Sassoli.

In recognition of foreign policy activities, or more precisely, for promoting human rights, Charanzová was the first Czech MEP to win the MEP of the Year Award for 2016 in the category of foreign affairs in March 2016. She has been shortlisted as MEP of the Year in the Internal Market and Consumer Protection category in 2019.

In 2016, Charanzová received the "New Europe 100" Prize awarded to persons from Central and Eastern Europe who have made a significant contribution to the digital development of the region. She was the first Czech MEP to receive this award in the history of the prize. In 2017, Politico listed Charanzová as one of the 41 most influential MEPs. In the same year, Politico also ranked her among the top 20 women who shape Brussels, and she was placed in the same ranking in 2018 as well. In 2018, Czech Forbes ranked her within the top 10 in their list of the Top 100 most influential women.

Charanzová and her partner have two daughters, Sophie and Mia. She is fluent in Czech, English, French, Spanish and Russian.

Charanzová is the author of various publications that deal with European issues. These include: 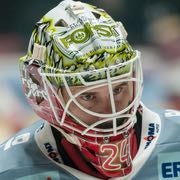