Dirksen was born in Braunschweig, Germany and immigrated to the US in 1948. He was a nephew of United States Senator Everett Dirksen. He served in the Army, briefly attended San Jose State University, and entered the entertainment business in the late 1950s, hosting a live television show called Rocket to Stardom. He then worked as a tour manager for several 1960s rock and soul acts. In 1974, he began to book acts at the Mabuhay Gardens in San Francisco's North Beach, and began booking local punk acts (The Nuns, The Sheets, Crime, Mary Monday, etc.) along with soon-to-be-famous national and international talent, such as Blondie, The Ramones, Devo, Black Flag, and The Dead Kennedys. From 1979 to 1982, he wrote and directed Amapola Presents Show, a weekly magazine–variety show on KEMO-TV, Channel 20. The show starred Filipina superstar Amapola with co-host Ness Aquino—Mabuhay Gardens' owner. Amapola Presents Show became Dirk Dirksen's showcase for local punk acts, local Bay Area bands and artists, and a group of Bay Area actors called "The Straight People." Dirksen gained some negative notoriety for allegedly ripping off SoCal punk rock bands Youth Brigade and Social Distortion while on their independent summer 1982 tour, and further taunting them by giving them rolls of pennies, as documented in the documentary Another State of Mind.

After leaving the Mabuhay Gardens, he operated the On Broadway nightclub just upstairs from the Mabuhay. When the On Broadway was closed in 1984, Dirksen went into video production with his firm, Dirksen-Molloy Productions, which he owned with his domestic partner Damon Molloy.

Dirksen was also active with the organization H.E.A.R. (Hearing Education and Awareness for Rockers).

In April 2006, he hosted a Mabuhay reunion event at the Fillmore Auditorium, featuring members of the Dead Kennedys, The Mutants, Flipper, and The Contractions. Later that year, he died in his sleep of an apparent heart attack at age 69.

On November 12, 2008, an official measure was passed to rename Rowland Street for him.

The contents of this page are sourced from Wikipedia article on 11 Mar 2020. The contents are available under the CC BY-SA 4.0 license.
comments so far.
Comments
From our partners
Sponsored
Reference sources
References
http://www.eroplay.com/dirkseninterview.html
http://sfgate.com/cgi-bin/article.cgi?f=/c/a/2006/11/22/BAGCJMHQ8B1.DTL
http://www.outspokenideas.com
http://www.hearnet.com/auction/
Trending today in 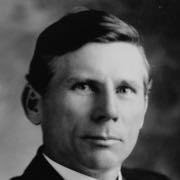 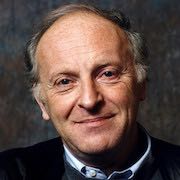 Russian and American poet and Nobel Prize for Literature laureate 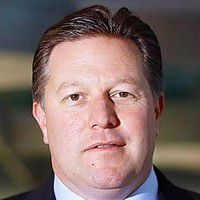