He became president of the Neutra company upon Richard Neutra's death in 1970.

He worked with current owners of Neutra properties to update them sympathetically with original design intentions.

He hosted The 85th Anniversary Party for Neutra Architecture 1926-2011 from April 8–10, 2011 at the Eagle Rock Recreation Center and the Neutra VDL Studio and Residences.

Neutra died on November 24, 2019 at his home on Neutra Place ("Reunion House") in the Silver Lake neighborhood of Los Angeles at the age of 93.

As of July 16, 2011, he began writing a blog dedicated to the preservation of the Kronish House in Beverly Hills, California, currently under threat of demolition. Other projects Dion has championed include the Cyclorama Building at Gettysburg on the Gettysburg battlefield, Pennsylvania, and the Mariners Medical Arts Building in Newport Beach, California. He was also concerned about the future of the Los Angeles County Hall of Records since the Records Department has been relocated to Norwalk, California. 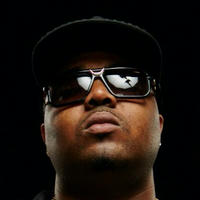