Diomedes Díaz Maestre (26 May 1957 – 22 December 2013) was a Colombian vallenato singer, songwriter, and composer. His nickname, "El Cacique de la Junta" ("the Chieftain of La Junta"), was given to him by another vallenato singer, Rafael Orozco Maestre, to honor Díaz's birthplace.

Díaz was born and raised on a farm called "Carrizal" on the outskirts of San Juan del Cesar, La Guajira. His father, Rafael Maria Díaz, and his mother, Elvira Maestre, were poor. His childhood was spent helping his parents and eight brothers with farm duties, while he was musically influenced by his locally renowned uncle, Martin Elias. His friends nicknamed him "El Chivato" ("the little goat"), making fun of his young vibrating voice. Eventually an uncle decided to help him train his voice and compose songs; Diomedes mastered his vocal training and was invited to perform at parties. He moved to Valledupar to work as a gardener, and also worked as a messenger and office boy for local radio station Radio Guatapuri. Between 1974 and 1975, he got his first recording deal with Jorge Quiróz and Luciano Poveda, a vallenato group. They recorded the song "La Negra and Cantor Campesino", which won Díaz fame. He also composed the song "Cariñito de Mi Vida" which was sung by his school friend and upcoming Vallenato singer Rafael Orozco.

Diomedes Díaz being paraded on the streets of Valledupar after the release of one of his albums.

Díaz received invitations to more parties, gigs and reunions, and his voice captivated a new generation of fans. At the cultural week for a local high school, he met Rafael Orozco Maestre, an emerging vallenato singer who would give Díaz his famous nickname El Cacique de La Junta. After saving money, he recorded his first LP, with accordionist Nafer Durán, which was played on radio stations and catapulted Díaz to regional fame.

Díaz died 22 December 2013 of a heart attack at age 56. Hundreds of people reportedly swarmed around a firetruck that carried his body for display in the main square of Valledupar, the singer-songwriter’s hometown. His death came three days after he released a new CD.

During the night of 14–15 May 1997, Díaz was having a party in his apartment in Bogotá, when a friend, Doris Adriana Niño, was killed. According to the Constitutional Court of Colombia, some people at the party, including Niño, consumed drugs, but it is not clear if she was involuntarily forced to take drugs or did so voluntarily. The report says that Niño was raped, and had an argument with a pregnant woman at the party, Luz Consuelo Martínez. Niño died that night, and her body appeared on the outskirts of Bogotá, near the Village of San Onofre, municipality of Combita, (Boyacá Department). Díaz was captured by order of the Attorney general's office on 3 October 1997, and was given house arrest after proving he was suffering from Guillain–Barré syndrome. On 11 August 2000, a judge ordered Díaz transferred to jail, considering that his illness had been considerably overcome. When authorities went to his house to complete the transfer, Díaz had escaped and found refuge with an illegal paramilitary group headed by Rodrigo Tovar.

During the trial, Díaz was tried as an "absent inmate"; the judge concluded that Niño had a great amount of drugs the night she died, but the Attorney General's Office determined that her death had been caused by provoked asphyxiation. The Colombian Bureau of Legal Medicine determined that she had died from pressure put over her mouth and nose. On 20 August 2002, after a year and a half of evading house arrest, Díaz turned himself in to authorities in Valledupar, accompanied by two of his lawyers. On 21 August 2002, a Colombian Superior Tribunal reduced his jail term from 144 to 37 months; Niño's family protested that the sentence was too low. He had already spent a year in jail and had two years pending before his escape. According to the trial, Díaz did not commit unintentional homicide (homicidio preterintencional), in which the aggressor wants to induce damage but ends up causing death, as the previous judge had ruled. Instead, it was determined that he had committed involuntary manslaughter (homicidio culposo), which according to Colombian law, is a less severe than unintentional homicide.

Doris Adriana Niño's family, especially her brother Rodrigo, criticized the lenient treatment given to Díaz by authorities as he expressed in statements after Díaz turn himself in:

He had to turn himself in, because he got a substantial reduction on his jail time, which came down from 10 years to 37 months. Sincerely, I think that no one is going to do something about it, because that process for escaping from prison is going to preclude ... Díaz had a suspended arrest warrant, had freedom benefits for supposedly being ill, but he wasn't detained. Then they have to be clear on that, we should not be tricked: nothing is going to happen to Mr. Diomedes for his prison escape because basically it never existed... [A]lso, besides that Diomedes has a process for narcotics (Law 30) that he is supposed to follow and be strong, because it is said that the death of Doris Adriana was because of drugs [overdose]. But, I'm convinced that the contrary is going to happen. It is going to preclude. 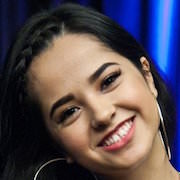 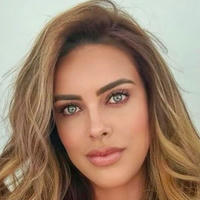 Colombian drug lord, formerly one of the leaders of the Cali Cartel