Dinmukhamed Kanatuly Kudaibergen (Kazakh: Дінмұхаммед Қанатұлы Құдайберген) is a Kazakh singer born on May 24, 1994 in Aktobe, Kazakhstan. Dimash's parents Kanat Kudaibergenovich and Svetlana Aitbayeva are honored music artists of the Republic of Kazakhstan. Dimash is a tenor altino. He was the 2015 Grand Prix winner of the Slavianski Bazaar in Vitebsk In the same year, he was named the "Nation's Favorite" (kazakh. "Халықтың сүйіктісі"), participant of the international festival "ABU TV song" in Istanbul, Turkey, and awarded with the Certificate of Honor of the President of the Republic of Kazakhstan for an important contribution into strengthening the unity of the people in Kazakhstan. He placed second in Singer 2017.

In 2017, he became famous in China when he joined the Singer 2017 (Chinese TV series), which broadcasts on Hunan Television as a first round competitor. The six-round show, which airs from January to April, is an annual competition among professional singers. The winners are determined by audience voting. The combined score of his performance in the semifinal and final was 18.47%, placing him second in the competition. Sandy Lam, the winner had a combined score of 22.74%. He set the record for singing the most number of songs of different languages (English, Mandarin, Russian, French, Kazakh and Italian), and is fluent in all those languages as well as Turkish and Serbian

He sang at the inauguration of the Kazakhstan pavilion at the Cannes Film Festival and the Global Gift Initiative.

At Top Chinese Music Awards 2017, with "love recycling", Dimash donated the suit jacket he wore in the first round of Hunan Television Singer 2017 competition. The suit jacket was auctioned by Jingdong Platform for public auction, and the proceeds are all donated to the Foundation for the Care of Children with Blood Lead. 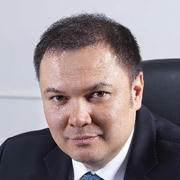 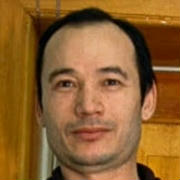