Díma Bilán (Russian: Ди́ма Била́н, IPA: [ˈdʲimə bʲɪˈlan]; born Ви́ктор Никола́евич Бела́н, Víktor Nikoláevich Belán, 24 December 1981 in Ust-Dzheguta, Karachay–Cherkessia) is a Russian actor, singer-songwriter of Karachay descent. Bilan represented Russia at the Eurovision Song Contest 2006 with "Never Let You Go", finishing second, and he won the contest in 2008 in Belgrade, with the song "Believe". He has had several Russian number one hit records. He is sometimes being referred as "Russia's Iglesias" due to his similarity to the Spanish singer.

In mid-March 2006, Bilan was chosen internally by Russian broadcaster Channel One to represent Russia at the Eurovision Song Contest in Athens, Greece. Out of 37 participating countries, Bilan took second place with the dark pop song "Never Let You Go", equalling one of Russia's best ever showing at Eurovision — Alsou's "Solo" was runner-up back in the 2000 contest.

In September 2006, for second year in a row, Dima Bilan won Artist of the Year and Song of the Year at MTV Russian Music Awards. On 2 November Bilan represented Russia at MTV EMA in Copenhagen.

On 15 November 2006 Bilan received award for Best Selling Russian Artist and performed at the World Music Awards in London along with Michael Jackson, Beyoncé, Rihanna, Nelly Furtado and Bob Sinclair.

In February 2007 Bilan started to record his first international album in English in Los Angeles, Miami and in Philadelphia in collaboration with producers Jim Beanz and Ryan Tedder. One of the new tracks will be a duet with Nelly Furtado.

Also in 2007 he premiered the first single from his new album — Number One Fan. According to Russian and Eastern European radio airplay chart, Number One Fan topped the charts for eight weeks. Video for this song was shot in London by famous British director Trudy Bellinger who has also made videos for acts including Girls Aloud, Sugababes and Sophie Ellis-Bextor.

On 4 October, Bilan premiered his second single from the forthcoming album, Amnesia, at the MTV Russia Music Awards 2007. During this show, Bilan won three awards, for Best Performer, Best Song and — for the third consecutive year — Best Artist.

Dima Bilan performing at the Eurovision Song Contest final in Belgrade, 2008. He is accompanied by Edvin Marton (left) and Evgeni Plushenko (right).

In 2008, Bilan released three albums — in Russian, English and Spanish. He also released an English album in 81 countries in co-operation with Interscope Records (Universal Group). He worked on his English album, with some tracks produced by Jim Beanz and Ryan Tedder (OneRepublic). Also his new Spanish album included a duet with Nelly Furtado.

On 20 February, Bilan went to Miami and recorded a few tracks for his Spanish album with famous producer Rudy Perez. The Spanish album will include a duet with Nelly Furtado and a Spanish version of his first international single "Number One Fan."

In 2008, Bilan once again represented Russia in the Eurovision Song Contest in Belgrade with the song "Believe", accompanied by Hungarian violinist Edvin Marton and Russian olympic and three-time world champion figure skater Evgeni Plushenko. On 24 May 2008, Bilan won first place in the contest, receiving 272 points and seven twelves. His victory's integrity was questioned by Ukraine's officials later in May.

In the Summer of 2010, Bilan produced and starred in the short film Театр Абсурда (Theatre of the Absurd, written and directed by Maxim Apriatin and based upon Bilan's song Он хотел (He Wanted To). In the film, Bilan performs monologues in which he shares his opinion on the moral values of the people who live in the Russian capital, as well as quotations from Ecclesiastes, and scraps of the diary of Jim Morrison. The film was released on the Internet in late 2010.

Bilan has recently competed at Russia's Eurovision 2012 song selection for the Eurovision Song Contest 2012 in Baku, Azerbaijan. He entered the competition with t.A.T.u. member Yulia Volkova with their song "Back To Her Future". They finished in 2nd place with 29.25 points from the winning entry, "Party for Everybody" by Russian ethno-pop band Buranovskiye Babushki who was 38.51 points ahead of them.

In December 2012, Bilan signed an open letter attacking the author of a St. Petersburg bill against homosexual propaganda, along with pop stars like Philipp Kirkorov and Valery Syutkin.

Also, Dima Bilan appeared in the Eurosong 2013 - a MAD show (the national selection of Greece) as a guest, along with other 5 Eurovision winners, which include Ruslana, Marija Šerifović, Alexander Rybak, Helena Paparizou and Vicky Leandros, in order to choose the artist and the song that would have represented Greece in the Eurovision Song Contest 2013 in Malmö.

In the Spring of 2016 Dima Bilan was one of the three judges for Golos Dety Voice kids and one of his protégés Danil Pluzhnikov gained the victory.

Dima Bilan is winner of 32 awards to date:

Dima Bilan has repeatedly been awarded the Golden Gramophone Award.

Bilan repeatedly became the laureate of "Soundtrack" in various categories: 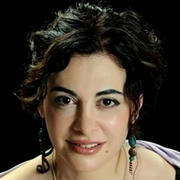