Dilip Joshi (born 26 May 1968) is an Indian film and television actor. He has appeared in a number of serials as well as films. He acts mostly in comedy and is currently playing the role of Jethalal Champaklal Gada in Taarak Mehta Ka Ooltah Chashmah.

Born into a Gujarati family from Porbandar, Joshi obtained a degree in Bachelor of Commerce (B.Com.) from N.M. College of Commerce and Economics, Mumbai. While doing B.Com., he was awarded the INT (Indian National Theatre) best actor award twice. Joshi is married to Jaymala Joshi. The couple have 2 children, a son and a daughter. Joshi lives in Mumbai with his family.

Joshi has appeared in several Gujarati dramas, one of them being Bapu Tame Kamaal Kari with Sumeet Raghavan and Amit Mistry, the trio known for their television serial Shubh Mangal Savadhan. Joshi starred in the show Yeh Duniya Hai Rangeen and Kya Baat Hai in which he played a South Indian. He also appeared in films such as Maine Pyaar Kiya, and Hum Aapke Hain Koun..!.

Dilip Joshi has been playing the role of Jethalal Gada in the very popular comedy series Taarak Mehta Ka Ooltah Chashmah which airs on SAB TV since year 2008. Disha Vakani as Daya Jethalal Gada is paired opposite Dilip Joshi. Their unique comic timing is the main reason for the high ratings of the show. 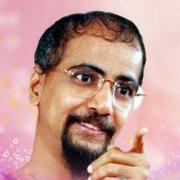 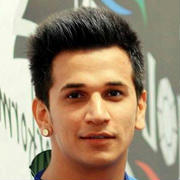