Dietrich "Dieter" Hrabak (19 December 1914 – 15 September 1995) was a fighter pilot in the Luftwaffe of Nazi Germany during World War II. Following the war, he served in the German Air Force of West Germany from 1955 until his retirement on 30 September 1970. A fighter ace, he claimed 125 enemy aircraft shot down in over 1000 combat missions. 109 of his victories were claimed over the Eastern Front, with 16 against the Western Allies.

Hrabak was born on 19 December 1914 in Großdeuben, part of Böhlen, in the Kingdom of Saxony, a federated state of the German Empire, the son of a real estate developer. Following his graduation from the Königin-Carola-Gymnasium, a secondary school, he volunteered for military service. On 8 April 1934, Hrabak joined the Reichsmarine, the German navy of the Weimar Republic and in November 1935 transferred to the newly emerging Luftwaffe (German air force) as an Oberfähnrich (officer candidate). On 1 April 1936, Hrabak was promoted to Leutnant (second lieutenant).

During the Polish Campaign, Hrabak was shot down (the first of 11 times) on his first mission, making a belly landing. On 13 May 1940, he claimed his first victory, a French Potez 63 and he claimed five more victories before the armistice. During the Battle of Britain, Hrabak was a member of JG 54, becoming Gruppenkommandeur II./JG 54 on 26 August 1940. During the Battle of Britain he added ten victories against Royal Air Force (RAF) fighters and Field Marshal Hermann Göring personally decorated Hrabak with the Ritterkreuz ("Knight's Cross").

Hrabak served in the Balkans campaign and when Operation Barbarosa began in the Soviet Union, he flew on the northern front and over Leningrad. In November 1942, he left JG 54 to become Geschwaderkommodore of Jagdgeschwader 52 (JG 52—52nd Fighter Wing). Under Hrabak JG 52 became the highest scoring Geschwader with over 10,000 victories.

On 2 August 1943, Hrabak claimed his 100th victory. He was the 48th Luftwaffe pilot to achieve the century mark. In November 1943, Eichenlaub ("Oak Leaves") were added to Hrabak's Ritterkreuz. His Oak Leaves were the 337th to be awarded. On 9 December, Hrabak was presented with them by Adolf Hitler, at the Wolfschanze, Hitler's eastern military headquarters in Rastenburg (later Kętrzyn, Poland). By this time Hrabak had 118 victories.

On 20 September 1944, Hrabak scored the last of his 125 victories. In October 1944 Hrabak returned to JG 54, serving as its last Geschwaderkommodore until the end of the war. His greatest contribution to the Luftwaffe was not his combat record however but his command, tactical and leadership qualities, which endeared him to the men under his command and sealed his reputation within the Luftwaffe leadership.

After the war, he worked in the automotive and chemical industry until 1953 when Chancellor Konrad Adenauer asked him to help form the new German Air Force. In 1956 he commanded the Advanced Pilot Training Center at Fürstenfeldbruck. In 1962 he took charge of the air defense covering northern Germany and the Netherlands. In 1964 he was named NATO's Chief of Air Defense/Central Europe until becoming special manager for the Lockheed F-104 Starfighter programme. As a major general, he commanded the GAF's tactical command. General Hrabak died peacefully 15 September 1995 in Pfaffenhofen. 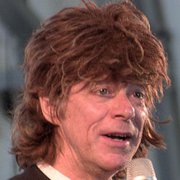 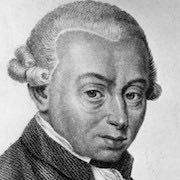