Diego Sebastián Schwartzman ([ˈdjeɣo seβasˈtjan ˈʃwaɾdzman], [ˈʃvaʁtsman]; born 16 August 1992) is an Argentine professional tennis player competing on the ATP Tour. He has won three ATP singles titles, and reached his career-high singles ranking of world No. 11 in June 2018. Although known as a clay court specialist, he actually prefers hard courts; additionally, he is noted for his high-quality return game. When he reached the quarterfinals of the 2017 US Open, the 5' 7" (170 cm) Schwartzman was the shortest Grand Slam quarterfinalist since Jaime Yzaga (5' 7" at the 1994 US Open). Schwartzman said: "It’s not just for the big guys here."

Schwartzman is Jewish, and is the son of Ricardo and Silvana Schwartzman. He was born and resides in Buenos Aires, Argentina. During the Holocaust his Polish maternal great-grandfather was put on a train to a Nazi concentration camp. The coupling that connected two of the train’s cars broke, allowing his great-grandfather and others inside one care to escape. His great-grandfather brought his family by boat from Germany to Argentina. When they arrived, they spoke Yiddish, but no Spanish. His father’s family emigrated from Russia to Argentina by boat.

Schwartzman has two brothers (one a computer programmer, the other a travel agent), and a sister, who is a lawyer. He and his siblings all attended Hebrew school and celebrated their bar and bat mitzvahs.

Schwartzman's nickname is El peque (an abbreviation of the word "pequeño", meaning "Shorty" in Spanish). As a youth, he played tennis at Club Náutico Hacoaj, a Jewish sport club in Buenos Aires that was established by and for Jews who were not allowed to join other sports clubs in the city in the early 20th century.

Schwartzman made his first appearance in the main draw of a Grand Slam event at the 2014 French Open; he came through qualifying before making it to the second round, where he lost to Roger Federer. He lost in the first round of the 2014 US Open to Novak Djokovic.

In the ATP Challenger Tour, he won four titles at Aix-en-Provence, Prague, Campinas, and San Juan. In the 2014 ATP Challenger Tour Finals, he won over João Souza, Simone Bolelli, and Guilherme Clezar to claim the title. At the end of 2014 he was ranked # 61 in the world.

Schwartzman's best result of the season came at the 2015 Istanbul Open, where he reached the semifinals, beating former top-ten player Jürgen Melzer along the way. In the semis he faced tennis legend Roger Federer. Schwartzman won the first set decisively, before ultimately falling 7–5 in the final set. He was also part of the Argentine Davis Cup Team, which reached the semifinals in 2015.

Schwartzman won his first-ever singles title at the 2016 Istanbul Open—an outdoor 250 clay court event. He impressively defeated established top player Grigor Dimitrov in the final, coming back to win 6–0 in the final set after losing the first set in a tie-break. Later, Dimitrov apologized for his behavior during the match, after he smashed three rackets, which ultimately led to a warning, a point penalty, and then another point penalty. The second and final point penalty came with Dimitrov down 5–0 and gave the game, set, and match to Schwartzman.

In October, Schwartzman reached his second final at the 250 level, in Antwerp. He lost to Richard Gasquet 6–7, 1–6 in the final. In 2016, he led all ATP players in percentage of break points converted, at 46.6%.

Schwartzman reached the third round at the 2017 French Open, where he faced Novak Djokovic. He had a 2–1 set lead, but eventually Djokovic won in five sets.

On September 1, he defeated world No. 7, and 5th seed, Marin Cilic in the third round at the 2017 US Open to equal the biggest win of his career. On September 3, he beat world No. 20, and 16th seed, Lucas Pouille in the fourth round to reach his first career major quarterfinal. At 5' 7" (170 cm), Schwartzman was the shortest Grand Slam quarterfinalist since Jaime Yzaga (5' 7" at the 1994 US Open). Schwartzman said: "It’s not just for the big guys here."

Schwartzman's 2017 season proved to be the best of his career to that point. He finished the year ranked world No. 25, in addition to making his first major quarterfinal; he also made two quarterfinals at the Masters 1000 level. He won 39 singles matches and earned $1,536,000 over the course of the season, easily besting his previous records of 17 match wins and $441,000 in the 2016 season. In 2017 he led all ATP players in percentage of second serve return points won (56.1%) and percentage of return games won (34.8%), while coming in third behind Andy Murray and Rafael Nadal in percentage of first serve return points won (34.3%). Finally, he scored his first win over a top-10 player, and then just two weeks later he racked up a second top-10 win.

In his first 17 Grand Slam tournaments, Schwartzman had only reached the 3rd round one time. However, at the 2018 Australian Open, he advanced to the 4th round, where he played world No. 1 Rafael Nadal. For the first time in his career, Schwartzman made the second week at a major for the second consecutive time, following his quarterfinal showing at the 2017 US Open. Despite going into the match with an 0-3 head-to-head record, 0-7 in sets, Schwartzman took the second-set tiebreak 7-4 before eventually going down in 4 sets. By virtue of his performance, he reached a new career-high singles ranking of No. 24 on 29 January 2018.

He then went on to capture the title at the 2018 Rio Open, a clay ATP 500 level tournament, defeating Fernando Verdasco 6–2, 6–3. The Rio Open marked the biggest title of Schwartzman's career thus far. He reached a new career-high singles ranking of No. 15 on April 2, 2018, and was the first Jewish male player to break into the singles top 20 since Brad Gilbert was fourth in 1990. At the 2018 French Open, Schwartzman made it into his second Grand Slam quarterfinal. He didn't drop a set on his run to the 4th round where he faced 6th seed world #7 Kevin Anderson and managed to win in just under four hours, after coming back from two sets to love down for the first time in his career. In the quarterfinals he took the first set from Rafael Nadal, but it started raining and the next day Rafa won the next three sets. His quarterfinal showing marked his 3rd consecutive grand slam where he made it to the second week of competition.

Schwartzman participated in only two grass court events in 2018; they included the Eastbourne International and Wimbledon. Although Schwartzman was the #1 seed at Eastbourne, he fell in the first round to Mirza Bašić in three sets. At Wimbledon, Schwartzman scored his first career grass win by defeating Mirza Bašić in straight sets, before falling in the 2nd round to Jiří Veselý.

Schwartzman reached the quarter-finals of the 2018 German Open, but fell to eventual finalist Leonardo Mayer in three sets. In 2018 he was second to Nadal among all ATP players in percentage of second serve return points won (55.8%) and percentage of return games won (30.7%).

At the 2019 Australian Open Schwartzman defeated Rudolf Molleker in four sets and American Denis Kudla in a five-set thriller. He was knocked out in the third round by former Wimbledon finalist, Tomáš Berdych.

Schwartzman then captured the title at the 2019 Los Cabos Open, defeating Taylor Fritz in the final, 7–6, 6–3. It marked his first-ever title at a hard court tournament, and third ATP title.

At the 2019 US Open, in the fourth round he upset world #6 Alexander Zverev in four sets, for his sixth career victory against a top-10 opponent.

Schwartzman is a baseline player, with solid groundstrokes on both wings and the ability to both counterpunch and go on the offensive. He is known for the clean hitting off both his forehand and backhand, and is capable of taking the ball on the rise and hitting them with depth and pace. He plays well on the defensive due to his speed and ability to hit winners from defensive positions far out of the court. His speed also allows him to retrieve drop shots and hit passing shots with ease.

Schwartzman has a consistent, though not outstanding, serve and arguably plays better on the return than on serve. In 2017, he led the ATP statistically on return games won and second serve points won. He also possesses solid volleys and prefers the drop volley, though they are not a major weapon in his game.

Schwartzman's speed and powerful baseline game have resulted in most of his success coming on clay rather than hard courts or grass. However, in the past few years he has attempted to add more variety in his game, resulting in breakthroughs particularly on grass, scoring his first ever win on grass only in 2018. 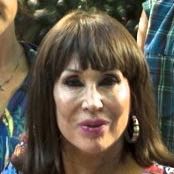