Richard Allen York (September 4, 1928 – February 20, 1992) was an American radio, stage, film, and television actor. He is best remembered for his role as the first Darrin Stephens on the ABC fantasy sitcom Bewitched. His best-known motion-picture role was as teacher Bertram Cates in the film Inherit the Wind (1960).

York was born in Fort Wayne, Indiana, to Betty, a seamstress, and Bernard York, a salesman. He grew up in Chicago, where a Catholic nun first recognized his vocal promise. He began his career at the age of 15 as the star of the CBS radio program That Brewster Boy. He also appeared in hundreds of other radio shows and instructional films before heading to New York City, where he acted on Broadway in Tea and Sympathy and Bus Stop. He performed with stars including Paul Muni and Joanne Woodward in live television broadcasts and with Janet Leigh, Jack Lemmon, and Glenn Ford in movies, including My Sister Eileen and Cowboy.

While filming the movie They Came to Cordura (1959) with Gary Cooper and Rita Hayworth, he suffered a permanent, disabling back injury. In York's own words, "Gary Cooper and I were propelling a handcar carrying several 'wounded' men down [the] railroad track. I was on the bottom stroke of this sort of teeter-totter mechanism that made the handcar run. I was just lifting the handle up as the director yelled 'cut!' and one of the 'wounded' cast members reached up and grabbed the handle. Now, instead of lifting the expected weight, I was suddenly, jarringly, lifting his entire weight off the flatbed-180 pounds or so. The muscles along the right side of my back tore. They just snapped and let loose. And that was the start of it all: the pain, the painkillers, the addiction, the lost career."

York's injury did not immediately end his career. In 1960, a year after York's injury, he played Bertram Cates (modeled on John Thomas Scopes, of "Monkey Trial" fame) in the film version of Inherit the Wind.

York went on to star with Gene Kelly and Leo G. Carroll in the ABC comedy-drama Going My Way (1962). York was cast in the series, which lasted one season, as Tom Colwell, who operates a secular youth center.

York appeared in dozens of episodes of now-classic television series, including Justice, The Alfred Hitchcock Hour, The Untouchables, Rawhide, The Americans, Wagon Train, Father Knows Best, and CBS's The Twilight Zone and Route 66.

York was cast as Darrin Stephens in the 1960s sitcom Bewitched as Samantha's (Elizabeth Montgomery) mortal husband. The show was a huge success and York was nominated for an Emmy Award in 1968.

The crew built York a slanted wall for him to lean on in between scenes, which, during the first two seasons, allowed York to manage his back injury with little difficulty. Halfway through the third season, York's back injury was aggravated into a painful degenerative spine condition, frequently causing shooting delays while York required assistance to walk around. Sometimes, York would seize up in debilitating pain, so the scripts for some of his later episodes on Bewitched were written around his being in bed or on the couch for the entire episode. York did not appear in a handful of seasons-three and four episodes, and by halfway through season five, was barely appearing at all, causing the series to focus more on Samantha and other members of her family, with mentions that Darrin was away on business. In spite of his suffering, York maintained a professional presence on camera.

While filming the fifth-season episode "Daddy Does His Thing", York fell ill: "I was too sick to go on. I had a temperature of 105, full of strong antibiotics, for almost 10 days. I went to work that day, but I was sick. I lay in my dressing room after being in make-up, waiting to be called on the set. They knew I was feeling pretty rotten, and they tried to give me time to rest. I kept having chills. This was the middle of the summer and I was wearing a sheepskin jacket and I was chilling. I was shaking all over. Then, while sitting on a scaffolding with Maurice Evans, being lit for a special-effects scene: They were setting an inky – that's a little tiny spot[light] that was supposed to be just flickering over my eyes. That flickering, flickering, flickering made me feel weird. And I'm sitting on this platform up in the air...and I turned to Gibby, who was just down below, and I said, 'Gibby, I think I have to get down.' He started to help me down and that's the last thing I remember until I woke up on the floor. That's about all I remember of the incident...and I'd managed to bite a very large hole in the side of my tongue before they could pry my teeth apart."

From York's hospital bed, director William Asher and he discussed York's future. "Do you want to quit?" Asher asked. "If it's all right with you, Billy," York replied. With that, York left the sitcom to devote himself to recovery. He never again returned to the set. Dick Sargent replaced York in the role of Darrin Stephens, taking over the role at the start of the series' sixth season (1970-1971) and continuing in the part until the series ended after its eighth season (1971-1972). Sargent was originally offered the role of Darrin in 1964, but turned it down to do a short-lived sitcom called Broadside.

For the next 18 months, York was largely bed-ridden in a haze of prescription painkillers. In his memoir, The Seesaw Girl and Me, published posthumously, he describes the struggle to break his addiction and come to grips with the loss of his career. The book is in large part a love letter to his wife, Joan (née Alt), the seesaw girl of the title, who stuck with him through the hard times.

He then quit drugs cold turkey, which led to six months of difficult withdrawal and recovery. "I had a band playing in my head, bagpipes night and day," York recalled. "It just went on and on and on and on and on. . . . The fans whisper to you and the walls whisper to you and you look at television and sometimes it flashes in a certain way that sends you into a fit and you know that your wife has put her hand in your mouth so you won't bite off your tongue. You can't sleep. You hallucinate. I used to make a tape recording of rain so I could listen to the rain lying in bed at night to drown out those damned bagpipes."

York eventually beat his addiction, and in the early 1980's tried to revive his career. His last two credits were on two primetime television series, Simon & Simon and Fantasy Island.

York was a three-pack-a-day smoker for much of his life and often smoked cigarettes on the set of Bewitched; he spent his final years battling emphysema. By 1989, he was using an oxygen tank to help him breathe. While bedridden in his Rockford, Michigan, home, he founded Acting for Life, a private charity to help the homeless and others in need. Using his telephone as his pulpit, York motivated politicians, business people, and the general public to contribute supplies and money.

Despite his suffering, York said, "I've been blessed. I have no complaints. I've been surrounded by people in radio, on stage, and in motion pictures and television who love me. The things that have gone wrong have been simply physical things."

York died of complications from emphysema at Blodgett Hospital in East Grand Rapids, Michigan, on February 20, 1992, at age 63. He is buried in Plainfield Cemetery in Rockford, Michigan.

The contents of this page are sourced from Wikipedia article on 29 Jul 2020. The contents are available under the CC BY-SA 4.0 license.
View Dick York 's image gallery
Image Gallery 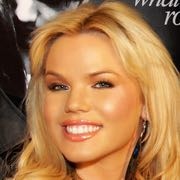