Richard James "Dick" Howard (born 10 June 1943) is a former English-born Canadian international goalkeeper, NASL player, educator, long-time FIFA coaching instructor and Canadian national teams coach, author, and print and broadcast journalist on soccer in Canada and abroad.
A goalkeeper, Howard made one appearance for Chester in the English Football League Fourth Division during 1965–66 and also played for Hyde United. He received a diploma in physical education from the Chester College of Education. He moved to Canada and played for the Hamilton Primos of the National Soccer League in 1967, making it to the championship finals before losing to Windsor Teutonia. Howard then played in the inaugural season of the North American Soccer League for the Detroit Cougars in 1968. He was a member of the NASL champion Rochester Lancers in 1970 and graduated from the nearby State University of New York at Brockport with a degree in physical education. He was acquired from the Lancers by the Toronto Metros in 1971 and played in Toronto through the 1974 season. He was also a member of the Canadian national team during 1974 FIFA World Cup qualification.
While playing with the Metros, Howard became a physical education teacher at Upper Canada College in Toronto. From 1972 to 1986 he was director of athletics at Crescent School, another private school in Toronto. He has coached Canadian national youth teams and in 1981 was an assistant coach of the senior Canadian national team for 1982 FIFA World Cup qualification, as the Canadians came within one goal of qualifying. He was technical director of the Canadian Soccer Association from 1986 to 1992. Since 1988, he has conducted more than 50 FIFA projects as the longest-serving FIFA coaching instructor in North America. Howard has been a member of the FIFA technical committee since 1998 and is chairman of CONCACAF coaching committee. He was appointed technical consultant of the Toronto Lynx soccer club in February 2005.
In the 1980s, Howard and Mike Povey were hired as analysts for broadcasts of English soccer games on CFMT-TV in Toronto, hosted by Dale Barnes. He followed Barnes to The Sports Network after it was launched in 1984. He has also covered international soccer for Fox Soccer and was a soccer columnist with the Toronto Sun during the 1990s. Howard provided commentary for the FIFA 2010 World Cup on CBC and Toronto FC games.
Howard was inducted into the Canadian Soccer Hall of Fame in 2002 as a builder. He currently works at Crescent School as their Head of Soccer and Soccer Development 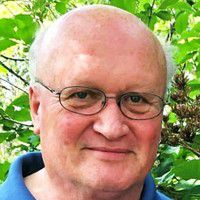