Richard Dennis Hanley (born February 19, 1936) is an American former competition swimmer, Olympic medalist, and former world record-holder. At the 1956 Summer Olympics in Melbourne, Australia, he received a silver medal for swimming the lead-off leg for the runner-up U.S. team in the men's 4×200-meter freestyle relay.

Hanley attended the University of Michigan, where he was a varsity swimmer for the Michigan Wolverines swimming and diving team in National Collegiate Athletic Association (NCAA) competition from 1957 to 1959. He was a member of the Michigan Wolverines' NCAA national championship teams in the 400-yard medley relay in 1957 and 1959 and the 400-yard freestyle relay in 1959, and he also won an individual NCAA national championship in the 200-yard freestyle in 1959.

The contents of this page are sourced from Wikipedia article. The contents are available under the CC BY-SA 4.0 license.
comments so far.
Comments
From our partners
Sponsored
Reference sources
References
http://webarchive.loc.gov/all/20020223021412/http://www.hickoksports.com/history/ncaamswim.shtml
http://www.hickoksports.com/history/ncaamswim.shtml
http://www.mgoblue.com/sports/m-swim/spec-rel/052209aab.html
https://www.sports-reference.com/olympics/athletes/ha/dick-hanley-1.html
Trending today in 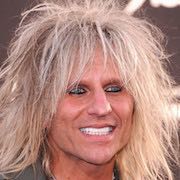