José Antonio Dias Toffoli (born November 15, 1967) is a Brazilian lawyer and the current President of the Supreme Federal Court of Brazil.

José Dias Toffoli was born in Marília, São Paulo in 1967, the son of Luiz Toffoli and Sebastiana Seixas Dias Toffoli. He attended the law school of the University of São Paulo from 1986 to 1990, graduating with a bachelor's degree in law. While in college, Toffoli presided the student union. From 1996 to 2002 he was a professor of constitutional and family law at Centro Universitário de Brasília.

In 1994 and 1995 Toffoli took examinations for a position as a judge in the state of São Paulo, but was twice rejected. Toffoli was then the legal representative for the Workers' Party (PT) in the presidential campaigns of Luiz Inácio Lula da Silva in 1998, 2002 and 2006.

On 17 September 2009 President Lula nominated Dias Toffoli, then his Attorney General of Brazil, for the Supreme Federal Court seat vacated by the death of Justice Carlos Alberto Menezes Direito two weeks prior. Upon his nomination, Toffoli resigned as Attorney General, and was replaced by Evandro Costa Gama.

Presidency of the Supreme Federal Court

On 13 September 2018, Toffoli succeeded Justice Carmen Lúcia as the president of the Supreme Federal Court. The court's vice president in this term is Luiz Fux.

In April 2019 the Crusoé magazine reported that a document from Operation Car Wash reveals that then-Solicitor General Toffoli was involved in the Odebrecht scandal, according to the company's former chairman Marcelo Odebrecht. On 15 April STF justice Alexandre de Moraes ordered that Crusoé take down the article from their website. Toffoli himself later requested a probe into whether Crusoé illegally leaked the document. The Court's decision on the matter was criticized by outlets such as The Intercept on the basis of censorship and attack on the freedom of the press.

The contents of this page are sourced from Wikipedia article on 16 Jun 2020. The contents are available under the CC BY-SA 4.0 license.
View Dias Toffoli 's image gallery
Image Gallery 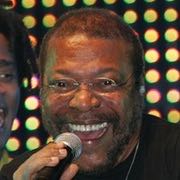 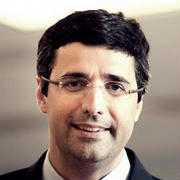