Beamer joined Labor in 1975. She graduated from Sydney University with a Bachelor of Arts (BA). She is married to Sydney journalist David Humphries and has 6 children (Lauren Calliope, Alex, Julia, Michael, Georgia, Madeleine, and newly adopted favourite daughter, Jemma, from a previous marriage to Senator Steve Hutchins.

Beamer is a member of the Board of Ripples Aquatic Centre and a Parliamentary Patron of the Spokeswomen Program.

She was an electoral officer for the Hon. John Brown, whilst he was Minister for Sport and Tourism from 1985 to 1989.

In 2003, an officer of Liverpool City Council approved a development application for a shopping centre at Orange Grove, in Warwick Farm, just north of central Liverpool, consisting primarily of factory outlets in an area zoned under its Local Environment Plan (LEP) for industrial uses, in which retailing was generally forbidden, except for a limited range of "bulky goods" or goods produced on the premises. The Westfield Group successfully overturned the approval in court, as being contrary to the Council's LEP, and the court ordered the closure of the centre's retail activities in January 2004, with a deadline ultimately extended to 30 June 2004.

On 16 June 2004, the Department of Infrastructure, Planning and Natural Resources, advised Beamer, as Minister Assisting the Minister for Infrastructure and Planning (Planning Administration), to approve a variation of the LEP which would have retrospectively validated the planning approval for the shopping centre. This recommendation was contradicted by the Department's head, Jennifer Westacott, on 25 June 2004. Ms Beamer's Chief of Staff, Michael Meagher, later told the Independent Commission Against Corruption (ICAC),"…what we had was something I'd never seen before. It was highly unusual, and it was, I suppose confusing in a way too." After further discussions with Ms Westacott, Beamer declined to approve the proposed variation on the grounds that the shopping centre tended to undermine the viability of the Liverpool shopping centre, on 8 July 2004. The owners of the Orange Grove centre subsequently claimed that this decision was corrupt, leading to an investigation by ICAC, which made no findings of corruption against any person.

When Morris Iemma became Premier in August 2005, Beamer became Minister for Fair Trading and Minister assisting the Minister for Commerce, while continuing to be Minister for Western Sydney. She left the ministry following the 2007 election and chose not to recontest the 2011 election.

Beamer is married to David Humphries. Together they have six children; Alex, Georgia, Julia, Lauren, Michael and Madeleine. She enjoys hobbies such as classical music, reading and netball. 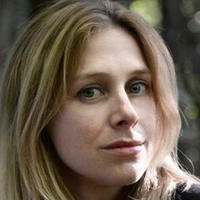 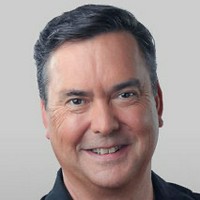