He graduated from the University of New Zealand (from the constituent college then called Victoria University College) (B.A. 1907; M.A. 1908), and Balliol College, University of Oxford (Diploma in Anthropology, 1910; B.A. 1911; M.A. 1916). From 1911 to 1912 he was Oxford Scholar on the D'Entrecasteaux Islands in eastern Papua New Guinea, studying a little-known group of aboriginal people. He then served as an ethnologist with the Canadian Arctic Expedition from 1913 to 1916 under the leadership of both Vilhjalmur Stefansson and Dr. Rudolph M. Anderson. His detailed studies of the Copper Inuit, sometimes called the Blond Eskimos, around Coronation Gulf, and of other Arctic native people, helped establish him. Although most of his time thereafter was devoted to Indian studies (and administrative duties), he soon identified two very important prehistoric Eskimo cultures: the Dorset culture in Canada (in 1925) and the Old Bering Sea culture in Alaska (in 1926), for which he later was named "Father of Eskimo Archaeology."

In 1926, Jenness succeeded Canada's first Chief Anthropologist, Dr. Edward Sapir, as Chief of Anthropology at the National Museum of Canada, a position he retained until his retirement in 1948. During the intervening years, although hampered by the Great Depression and World War II, he sought to expand the National Museum's exhibits, anthropological collections, and reputation, as well as to improve the recognition, understanding, and living conditions of Canada's native peoples. In 1939 he became president of the American Anthropological Association.

In 1941, eager to contribute to the war effort, he was seconded to the Royal Canadian Air Force, where he served until 1944 as civilian Deputy Director of Special Intelligence. In 1944 he was made Chief of a newly established Inter-Services Topographic Department in the Canadian Department of National Defence, the non-military section of which in 1947 became the Geographic Bureau and subsequently the Geographic Branch in the Department of Mines and Resources. He retired in April 1948.

Between 1920 and 1970, Jenness authored more than 100 works on Canada's Inuit and First Nations people. Chief among these are his scholarly government report, Life of the Copper Eskimos (published 1922), his ever-popular account of two years with the Copper Inuit, The People of the Twilight (published 1928), his definitive and durable The Indians of Canada (published 1932 and now in its seventh edition), and four scholarly reports on Eskimo Administration in Alaska, Canada, Labrador, and Greenland, plus a fifth report providing an analysis and overview of the four government systems (published between 1962 and 1968). He also published a popular account of the one year (1913 to 1914) he spent among the Inupiat of Northern Alaska, Dawn in Arctic Alaska (published 1957 and 1985).

In 1953 Jenness was awarded a Guggenheim Fellowship. In 1962, Jenness was awarded the Massey Medal by the Royal Canadian Geographical Society, and in 1968 he was made a Companion of the Order of Canada. Between 1935 and 1968, he was awarded five honorary doctorate degrees. In 1973 the Canadian government designated him a Person of National Historic Significance and in the same year the Diamond Jenness Secondary School in Hay River was named after him. In 1978 the Canadian Government named the middle peninsula on the west coast of Victoria Island for him, and in 2004 his name was used for a rock examined by the Mars exploration rover Opportunity.

In 1913 Diamond Jenness was asked to join the government-funded Canadian Arctic Expedition that was led by two Arctic explorers- Vilhjalmur Stefannsson and R.M. Anderson. He would be one of the two ethnologists on board; the other was Henri Beuchat. In June of that year Jenness boarded the vessel Karluk and sailed towards the Bering Strait and then to the Beaufort Sea.

In the fall of 1913 the ship became locked in the ice and was taken westward to the East Siberian Sea, it was the crushed in the ice at Wrangel Island. Thirteen of the crew perished on board (including Henri Beuchat)- Jenness was one of the six who had not been on the ship because they left to take part in a caribou hunt for the crew.

With the ship gone, the hunting party travelled to Barrow, Alaska to meet up the two other vessels involved in the expedition- the Mary Sachs and Alaska. Jenness spent the winter at Harrison Bay, Alaska where he learned how to speak the Inuit language and compiled information about Western Inuit customs and folklore.

In 1914 he partook on what the expedition was set out for, to study the Copper Eskimos of Victoria Island. This group of people had very little contact with Europeans and Jenness was in charge of recording the aboriginal way of life in this area. In this he was assisted by Patsy Klengenberg, son of trader Christian Klengenberg, who acted as interpreter. Hubert Wilkins photograph of Ikpukhuak and his shaman wife Higalik

He spent two years with the Copper Inuit people and lived as an adopted son of a hunter named Ikpukhuak and his shaman wife Higalik (name meaning Ice House). During that time he hunted and travelled with his "family", sharing both their festivities and their famine. By living with these two people and partaking in everyday experiences Jenness did something that was not that popular at the time- living with the people in which he did fieldwork on.

"I had observed their reactions to every season, the disbanding of the tribes and their reassembling, the migrations from sea to land, fishing to hunting, and then to sealing again. All these changes caused by their economic environment I had seen and studied"

Jenness recorded hundreds of drum dance songs, poems, legends, and stories of "The Copper Inuit of Coronation Gulf" on wax phonographic cylinders. Scholars have recognized this compilation of information as "the most comprehensive description of a single Eskimo tribe ever written.

There was a flood of publications by Jenness from 1923-1928 and two others in 1944 and 1946 that were centered on Reports of the Canadian Arctic Expedition. These publications included The People of the Twilight (1928), Canadian Arctic Expedition: Eskimo Folklore Parts A and B, Eskimo Language and Technology, The Eskimos of northern Alaska: A Study in the Effect of Civilization, Eskimo String Figures, and Eskimo music in northern Alaska.

In 1968 Jenness wrote five volumes that were published by the Arctic Institute of North America that were about government policies toward the Inuit of Alaska, Canada, and Greenland.

Several subgroups were reported on by Jenness and they include:

Origin of the Copper Eskimos and Their Copper Culture

Within this article Jenness describes how the Copper Eskimos are more closely related to tribes of the east and southeast in comparison to western tribes. This reasoning is based upon archaeological remains, materials used for housing, weapons, utensils, art, tattoos, customs, traditions, religion, and also linguistic patterns. How the dead are handled is also an aspect of comparison- whether they are covered by stone or wood, or left uncovered.

Within the second half of the article it is assessed whether or not the use of copper arose independently with different tribes or did it arise in one and was then "borrowed" by others. Jenness goes onto explain that the Indian tribes began to use copper first and following this Inuit tribes adopted it. This reasoning was reached through the understanding that slate was previously used among Inuit tribes and was replaced by copper at a later time than the advent of when Indian tribes began to use it.

It is also stated that the "Copper Eskimos" are in a pseudo-metal stage, in between the Stone and Iron Ages because this cultural group treats copper as simply a malleable stone which is hammered into tools and weapons.

The work of Diamond Jenness contributed significantly to the understanding of how migration patterns influence cultural practices and the transitions from one culture into another.

Origin of the Copper Eskimos and Their Copper Culture 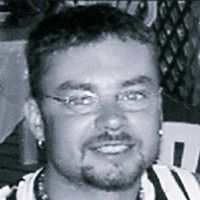 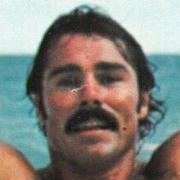